Leïla and The Koalas 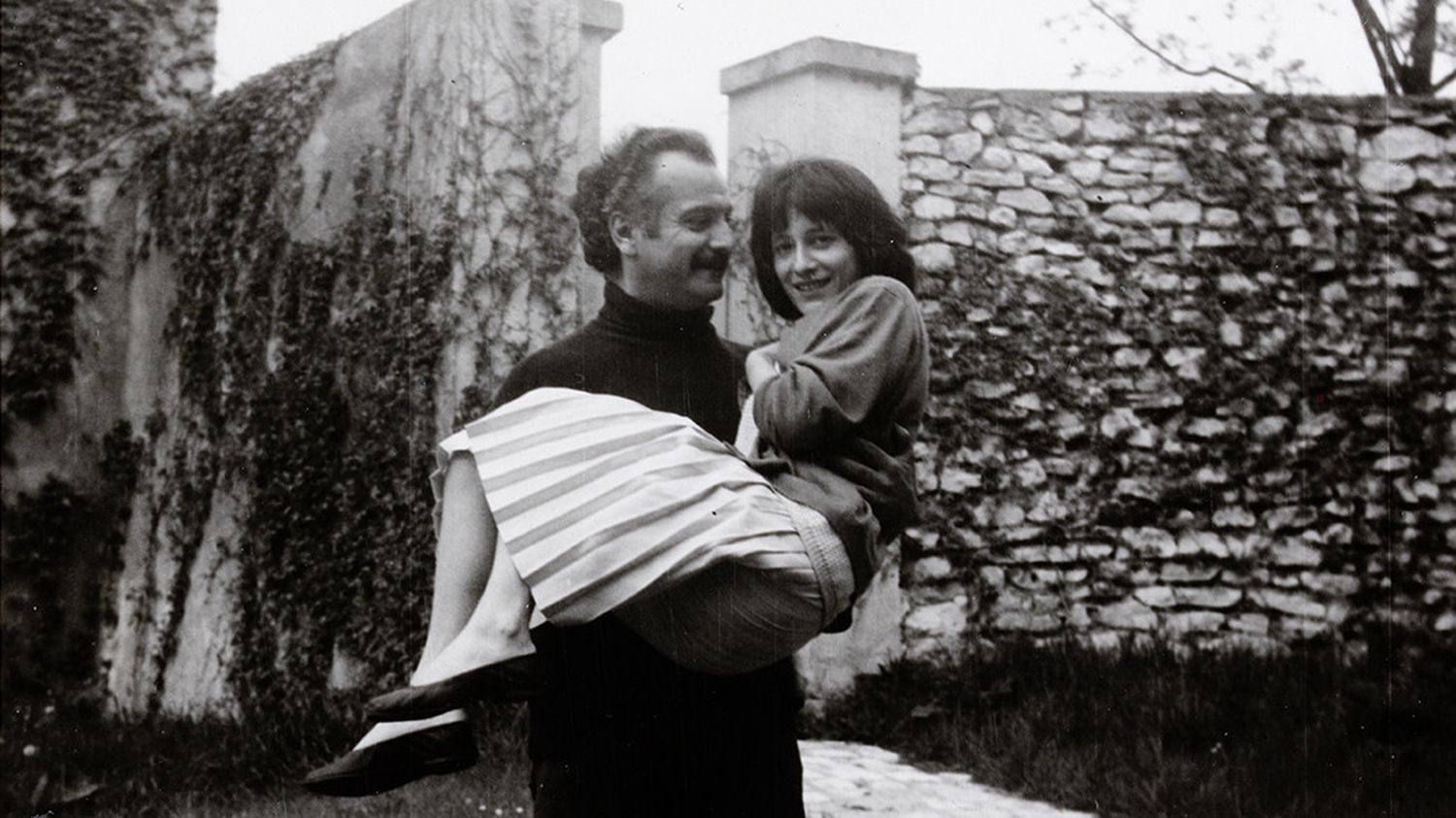 Agathe Fallet was the wife of the writer and screenwriter René Fallet, a close friend of Georges Brassens. She thus rubbed shoulders with the poet-singer for a quarter of a century, until his death in October 1981. Forty years later, in a short and superbly illustrated book, she reveals her memories.

Agathe Fallet waited forty years to unveil the treasures buried in her memory. Treasures of humanity from a time gone by, that of his youth alongside her husband René Fallet, writer ( Paris in August, Le Triporteur, La Soupe aux choux …), screenwriter, and above all a great friend by Georges Brassens, which allowed him to work closely with the poet.

The testimony: As the centenary of the birth of Brassens approaches, Agathe Fallet (her real first name is Michelle, Agathe being her nickname) has decided to share her memories, in order to return to her, “before the end of everything” , his “personal tribute”. Because she blames herself, even today, for“all his admiration and all his tenderness”.

However, although it might never have been formulated verbally, there was indeed some tenderness between Georges Brassens and the young wife of his friend René. This tenderness is palpable in the gorgeous photo used for the cover of the book. It is rare that a single illustration can thus summarize a whole work, a whole history of humanities. Georges Brassens, smiling warmly, carries with an incredible benevolence the young woman who is made very small in his arms …

A circle of poets and beautiful souls

The author was not yet seventeen when, in July 1956, she married René Fallet, twelve years her senior. By uniting her destiny with that of the writer, she joined a circle frequented by artists from all walks of life, as illustrated by the splendid photos of her wedding: they are signed by Robert Doisneau, for the most part. The only thing missing was Georges Brassens, already very famous at the time, and who “had delegated Püpchen”, his companion, because ” he was friendly enough not to steal the show from the bride and groom”, believes Agathe Fallet.

Agathe Fallet’s memories are first of all extracts from letters, such as brief chronicles, that René sent her when they were engaged, letters which speak of Brassens. It is then precious moments, but not always exhilarating, Impasse Florimont in Paris, where the young woman spends time with Jeanne, the hostess, and Püpchen, the woman of the life of Brassens, coquettish on her physical appearance. , worried about her age difference with her man (she was ten years older than him). Meanwhile, René Fallet and the poet are upstairs, in “the bedroom-office where Georges worked and enjoyed himself so much” . This piece, Agathe will never see it, “except in photo”. “Unfortunately for being a girl …”,she slips with touching sincerity. It is also an era that lives again in these lines.

Fortunately, life, dinners with friends, trips to the provinces, tours, allow the young woman to share incredibly privileged moments with Georges Brassens. There are these trips by car where Agathe sometimes takes the wheel of the poet’s DS, at the latter’s request, after overly watered meals … There are improbable conversations, like that day when he said to her without shouting station: “Don’t you think I only hang out with idiots?”

This so personal work gracefully delivers a bunch of little stories, anecdotes, memories, which allow us to sketch portraits in nuances of Georges Brassens and his close entourage. And one always feels, from the first to the last line, this astonishment, this wonder, intact after so many years, to have been there, so close to Brassens. How not to envy Agathe Fallet for having lived all these moments?

The book ends with a small series of photos and personal archives of Agathe Fallet, an article by her husband on Brassens, cards and dedications by the poet … From delicacy and emotion, to final pages.

Extract: “I listen to Brassens. When it is he who sings. Nobody should allow himself to sing it. His voice has not yet faded, as far as I know. And if that happens, we will read it and we will read it again.
It seems to me that Brassens has become for some a kind of business and that troubles me. I’m probably wrong. We really love Brassens. But Georges is forgotten. He was in the flesh. He was so handsome, incredibly handsome. His voice remains, you must not cover it. ” ( Brassens, memories too beautiful for me, page 17)Source: “Brassens, memories too beautiful for me”: the delicate and moving testimony of Agathe Fallet, who was the friend of the poet

This story first featured in the Spotlight on France podcast: listen here

With his pipe, polo-necked sweater, moustache and cat on lap, the image of Brassens is more cudly uncle than new-man.

As Joann Sfar, curator of a major Brassens exhibition in 2011, has pointed out, “most of his songs are about naked women, death and cats”. 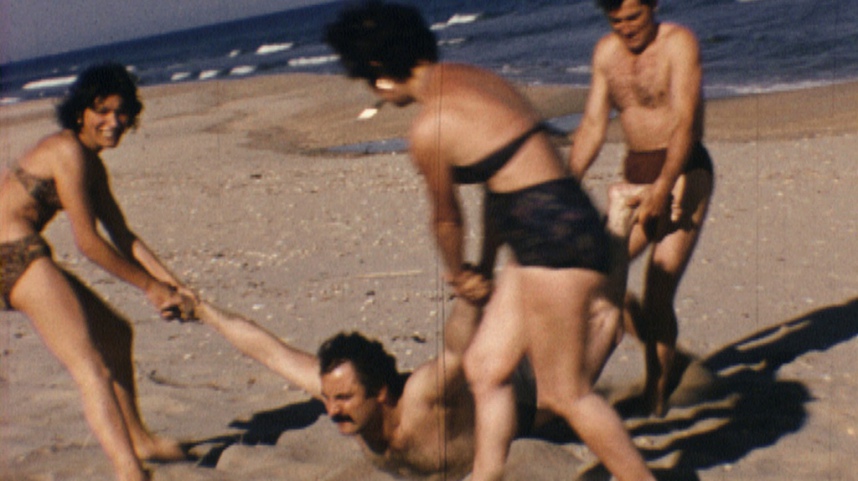 The hit song “Brave Margot” featured two of those favourite themes, with Margot drawing in big crowds by removing her bodice to breast-feed her pet.

Brassens excelled at taking aspects of ordinary French life – women, sex, death, religion, the military, migration … and, yes, cats … and transforming them into theatre through an unsurpassed use of wordplay.

He’s been described as a French Woodie Guthrie – a working class singer and guitarist who shunned stardom. He was also a self-proclaimed anarchist with a distate for the military and the clergy.

Les copains d’abord, about friends playing with boats on a lake, L’Auvergnat, about the importance of generosity, and Quand on est con, are classics and feature in many a French family reunion or office party.

Some of his songs offended established values in early fifties France. Le Gorille – a song against the death penalty involving a rampaging gorilla desperate to lose its virginity and who “takes” the judge in the end, was banned on its release in 1952.

Mauvaise Reputation (Bad reputation), in which he defends individual liberties – including the freedom to desert the army, which he himself did in 1944 – was also deemed unfit for the public.

Part of Brassens’ staying power resides in the timelessness of his songs, something he worked hard to achieve.

“I can’t use the word ‘automobile’ in my songs,” he told French public radio in 1970, “it will fix the song in a certain period.”

His superficially-simple refrains, accompanied by guitar, turn out to be very complex. But that hasn’t put off hordes of non-French speakers from taking up the challenge.

“Brassens has been translated into 82 languages and dialects, it’s enormous,” Bernard Lonjon, author of several books on Brassens told RFI.

He’s the most re-recorded French artist in the world.

Brassens’ entry into the pantheon of the French chanson got off to a sweaty start.

As a teenager he fled to Paris from his home town of Sète on the Mediterranean coast after a conviction for petty theft.

The project has seen strong support from the extended family of Brassens admirers and former collaborators, including Joel Favreau, Brassens’ last guitarist, who has played a number of shows Pierre de Gaillande in France and the US.