“Each and everyday, we strive for quality and modernity. Like perfumers, we create flavors.”

Gabriel is known for his enthusiastic DIY approach to cooking, paired with instructional interviews with the best in the biz. In this new series on the 5 French Mother Sauces (béchamel, velouté, espagnole, hollandaise, and tomato), Gabriel sets out to learn about the dynamic and delicious world of sauces. He visits Christian Le Squer, the Chef de Cuisine of the Four Seasons Hotel George V in Paris, a 3-Michelin star restaurant, where Le Squer explains to Alex that cooks are sauciers, first.

Executive Chef, Romain Mauduit, introduces Gabriel to the importance of thickening sauces through reduction. “As volume decreases, concentration increases, so flavor intensifies.” The copper pots full of monstrous quantities of veal and chicken stock will make your mouth water.

“Each and everyday, we strive for quality and modernity. Like perfumers, we create flavors. From tradition to modernity.”

This vegetable and bean soup is similar to the Italian minestrone, but a bit tapered down, designed to highlight the vegetables of the season. White beans, tomatoes, onions, green beans, squash, and pasta are common ingredients. And the coup de grâce is the spoonful of pistou, pesto made without pine nuts, plopped right on top for you to stir in. END_OF_DOCUMENT_TOKEN_TO_BE_REPLACED

How to tuck into a divine meal in Paris without forking over a fortune? Stick to lunch. These 4 ambitious neighborhood bistros offer 3-course midday meals for 25 euros or less.

We have all heard of meteor showers, which happen when planet Earth passes through a field of products left behind by a comet.

On Thursday night November 21, star watchers may get an early holiday present when there will see a meteor storm that will look like true magic.

People should start looking for shooting stars around 11 p.m. and continue looking through midnight for the best chance to see the meteor storm.[ . . . ] 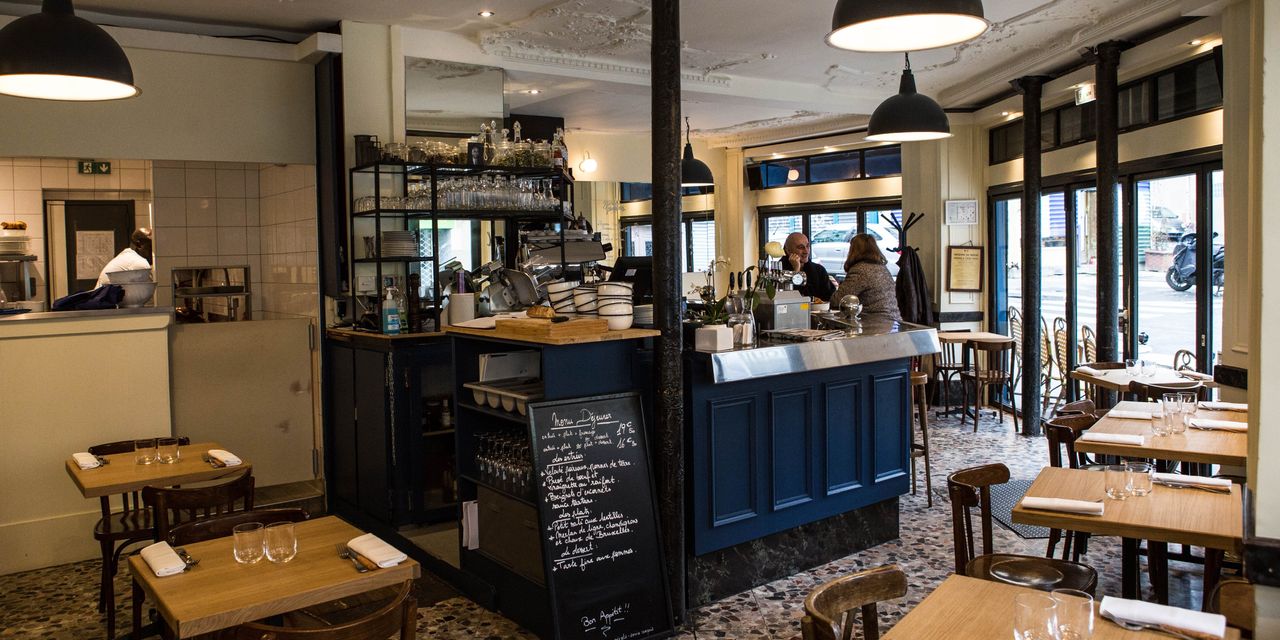 To make choosing where to eat in Paris as painless as possible, we’ve done the “hard” graft for you by testing out 13 of the newest, most talked-about places in the city. From creative cuisine hailing from Israel to the chef that’s shaking things up at the Eiffel Tower, we’ve got you covered.

1. Shabour, A (Michelin) Star In The Making

Every dish here is testimony to the chefs’ inexhaustible inspiration. And teamed with hospitality that’s rarely seen in trendy Paris restaurants of this caliber, Shabour certainly packs one mighty punch.

With several restaurants under their belt in Jerusalem and Tel Aviv, London and Paris, Shabour, meaning ‘hangover’ in Hebrew, is the clan’s third restaurant and first independent endeavor in the French capital.  Alongside the enigmatic Assaf Granit is his clan, Dan Yosha and Uri Navon in the kitchen, and Tomer Lanzmann as head host and all-round ambiance-setter en salle.

As far as the décor goes, it’s simple. And that’s the way they wanted it. A former jazz club, the space is entirely candlelit. The stone walls and waxed cement floors provide the backdrop for an open kitchen encased in a marvelous jade-green marble counter for diners to perch at, giving the restaurant a perfectly achieved result.

In a silent ritual of swift movements and the occasional hint of a smile in his icy blue eyes, lead maestro Assaf deposits utensils in front of diners in preparation for each dish, his hands, covered in cryptic black tattoos, sporadically emerging from the shadows.

He lays dinky forks on the counter. An oyster appears adorned with zata herbs (similar to wild oregano), apple and shallot juice, all laid on top of a wooden stand like an artwork, ready to be blowtorched before we swallow it, reeling from the burst of flavor as it slowly imparts its notes in our mouths.

Another stand-out dish includes scorched leek plunged in vegetable stock and filled with labanais (yoghurt-like drink) and porcini mushrooms accompanied by a halloumi crumble and stock that’s meant to recall a journey through the woods. And what a journey it is, each dish pulling us deeper into a world unknown where flavor becomes all that matters.

Next up, Assaf lays out a porcelain egg cup, ready to be filled by Dan with four types of egg: poached, marinated for 48 hours in black tea with ginger, relish of carrots and onions, raisins, tahini, Egyptian spinach, salmon eggs, and poutarde. Explosive. As is Uri’s exceptional amuse bouche of escargot-shaped apple roasted with olive oil and arak, and pickled pink and white beetroot stuffed with brie and plum purée, prepped like a “small tower of Babylon,” as he describes it while he rolls it into shape behind the counter in front of us.

A flurry of dishes, each one more sophisticated than the next and interwoven with accents from a faraway land; the genius behind each mouthful is the scattered positioning of the ingredients on the colorful mismatched porcelain plates. The result is that no mouthful is ever the same.

Here, time stalls as the experience takes you to places you’ve never wandered before. When we left some hours later, we were floating – merry from the wine (which flowed) and not uncomfortably bloated from the food. The next morning however, starting the day proved a little less smooth, but then again, we were warned – the restaurant isn’t called Shabour for nothing.

Restaurant Week à la française! From October 1st to 14th, more than 1,500 restaurants will participate in a restaurant week of sorts in Paris and other French cities, called Tous au Restaurant (everyone to the restaurant). The reservations open September 25th at 10:00 a.m. Paris time (4:00 a.m. EST), and can only be made on the Tous au Restaurant site, run by La Fourchette. [ . . . ]