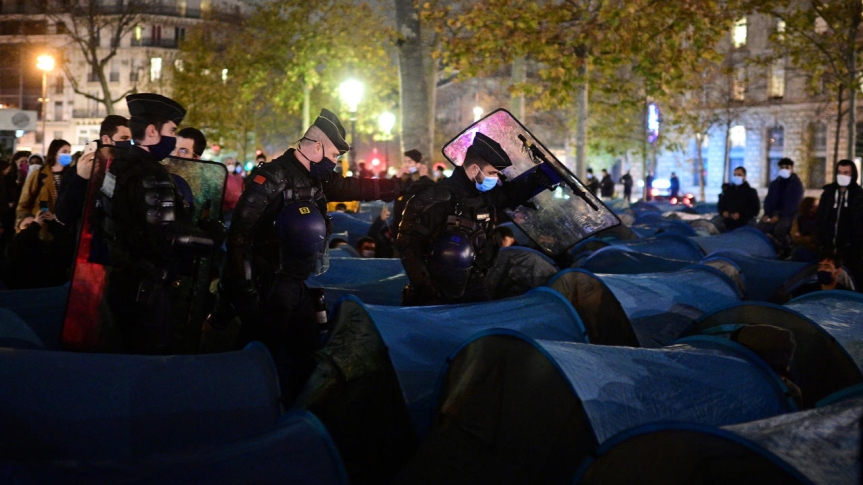 French Interior Minister Gérald Darmanin on Tuesday said he was launching a probe into clashes that broke out late Monday after police cleared out a new migrant camp at Place de la République in the heart of Paris, adding that images of the scuffles were “shocking”.

People posted photos and videos on social media of police hitting demonstrators as they moved in to clear the square of migrants‘ tents, which the police said had been set up without official permission.

“Some of the images of the dispersion of the illegal migrant camp at Place de la République are shocking,” Darmanin wrote on Twitter in the early hours of Tuesday, adding that he was seeking a full report into the incident. [ . . . ]

The judges in charge of the investigation into the murder of Mireille Knoll, a Jewish octogenarian killed in Paris in March 2018, ordered a assize trial for ” murder of a vulnerable person and committed because of the religion of the victim ” at the against two suspects, AFP learned Monday from concordant sources

On March 23, 2018, the body of this 85-year-old woman, suffering from Parkinson’s disease, was found stabbed with 11 stab wounds and partially charred in her apartment in an HLM, in eastern Paris [ . . . ] 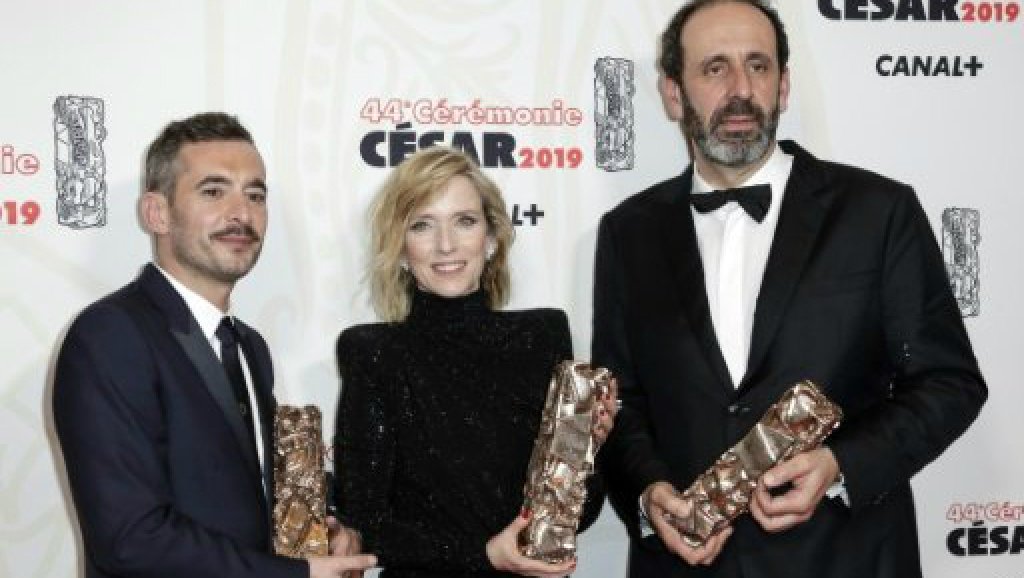 “Custody”, a film about domestic violence and a divorced couple’s battle over their son, was the big winner at the “French Oscars” — the Cesars — on Friday, where veteran US actor and director Robert Redford was presented with an honorary award.

It also earned a best leading actress award for Lea Drucker, who plays Miriam, a brave but fragile mother struggling to recover after her separation and fighting to protect her son from his violent father.

“When we made the film in 2016, 123 women were killed by their partner or ex-partner” in France, Legrand said as he picked up his award.

The awards ceremony, the biggest of its kind recognising French cinema, is now in its 44th year and was held at a glittering gala celebration in Paris.

“I would like to dedicate this award to all the Miriams, all the women who are not living a fiction but a tragic reality,” Drucker said as she collected her statuette.

Sunday December 2, 2018, early morning, I found! says Jacques Noyer, former bishop of Amiens. I have found what the Church of France should say about this month-end insurrection we know.

She should announce that we will not celebrate Christmas this year. December 25 will be a day like any other. Nothing in the churches: no office, no nursery, no children. We will return to ordinary Sundays because Advent will not take place.

She will say that our people are not in a state of mind that allows them to celebrate Christmas. The cry of despair that runs through it is incompatible with the mystery of Christmas, with the hope of Advent, with the welcome of a foreign child.

I may be old-fashioned but I remember the Christmas of my childhood. It was not just the end of the month that was difficult. But at Christmas we forgot everything to rejoice in what we had. The most modest families were left with the little they had. In the night, the poor felt rich from the roof over their heads, the improved meal of their plate, the extra log that heated the house and especially the chance to have a dad, a mom, brothers and sisters who loved him. [ . . . ]