The pioneering modernists of the first half of the 20th century are most often hailed for their individual genius. A new exhibition shifts this perception by focusing instead on artistic couples. “Modern Couples: Art, Intimacy and the Avant Garde,” which opens at the Barbican Art Gallery in London on Oct. 10, examines the output of 40 such couples whose lives became indelibly linked through love and art. The exhibition features some of the leading artists of the 20th century, including sculptors Auguste Rodin and Camille Claudel, painters Frida Kahlo and Diego Rivera, and photographers Man Ray and Lee Miller.

The exhibition “is really making an argument that developments in modern art often resulted from a creative dialogue which was very often within the couple,” says Jane Alison, one of the show’s four curators. These developments included modernist movements such as Tactilism, a genre of mixed-media installations, which was developed by the Italian couple Benedetta Cappa and Filippo Tommaso Marinetti; and Rayism, a style of abstract art, created by the Russian couple Natalia Goncharova and Mikhail Larionov.

“We wanted to show that desire has a centrality within the avant-garde and modernity,” Ms. Alison says. “There is an undercurrent of sexuality infusing many of the art works which expresses this intimate access to the other.” The theme of sexual desire is starkly apparent in the work of artists like Claudel, who mined Indian literature for her terra-cotta studies of “Sakountala,” (1886) depicting a couple in a sinuous embrace. In his long-gestating installation “Étant donnés” (1946-1966), Marcel Duchamp made a cast of the body of his lover, the Brazilian sculptor Maria Martins, and the nude photographs Man Ray took of Miller pointed toward a new form of corporeal abstraction.

Altogether there are over 300 works of art on display in “Modern Couples,” by artists from Europe, Russia, the U.S. and South America. The exhibition also features numerous photographs and letters that attest to the artistic complicity many of these couples enjoyed. Alexander Lavrentiev, a lecturer in design and photography in Moscow who contributed a biographical essay in the exhibition catalog, recalls reading a letter that his grandfather, the influential Russian painter and graphic designer Alexander Rodchenko, wrote to his artist wife Varvara Stepanova during World War II. “My grandfather had returned to Moscow from the Urals, where my grandmother had to stay on,” says Mr. Lavrentiev. “He wrote that he couldn’t work because he found it difficult to live without her and that she was his engine.”

Mr. Lavrentiev likened his grandparents’ relationship to that of the French abstract painter couple Sonia and Robert Delaunay, whose experiments in “color rhythms” were in constant dialogue with one another. “There was a trend of equality which had begun,” he says. “My grandmother became a textile designer in the 1920s but only after fighting for her position in a print shop, which had always been a male-dominated field.”

Ms. Alison says that one of the aims of the exhibition is to “give due recognition to the women artists in the duos whose work has been unjustly marginalized.” She points to the example of the Hungarian photographer László Moholy-Nagy’s wife Lucia Moholy, who is largely unknown today. “She was the one who had trained to be a photographer, and it was in her darkroom that the couple experimented with the photograms which have shaped the way we view the Bauhaus today,” Ms. Alison says. These pictures produced with photosensitive materials, but without a camera, expanded the Bauhaus’s vision of photography as a way of imagining new worlds.

There are very few cases in the exhibition, however, where the female partner eventually outshines her male counterpart, as with Kahlo and Rivera. The Mexican couple, who painted each other for 25 years, were on an equal artistic footing for much of their lives, but Kahlo’s posthumous reputation has grown to be far greater. More typical are artistic couples where the woman saw her career almost entirely eclipsed by her partner. This was certainly the case with Claudel, whose sanity floundered when she tried to break away from the influence of her lover and mentor Rodin.

The same thing happened to Dora Maar, whose confidence Ms. Alison says was shaken when her lover Pablo Picasso persuaded her to abandon photography, where her real talent lay, and take up painting, with inauspicious results. One of Maar’s photographs in the exhibition, “Picasso en Minotaure,” captures her ambivalent feelings toward the Spanish artist’s machismo by shooting him in a pair of tight swimming trunks holding aloft a bull’s skull. “Modern Couples” makes clear that, for many women artists, being part of a creative pair involved obstacles men never had to face. 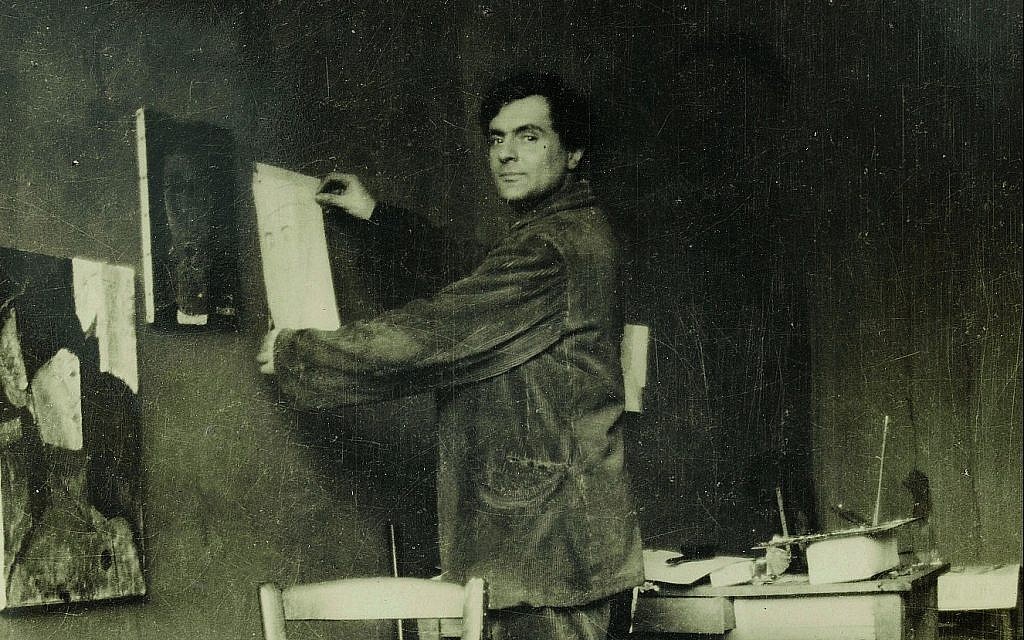 The Jewish-Italian artist womanized, drank, and did drugs — and in his 35 years created an impressive oeuvre, now showing in a blockbuster exhibit at Tate Modern

Despite this, Modigliani’s output was considerable and his work is currently the subject of a blockbuster exhibition at Tate Modern, in London.

His major retrospective is the most comprehensive Modigliani exhibition ever held in the United Kingdom. With over 100 works, it brings together a range of his portraits, landscapes, sculptures and 12 of his iconic, languorous, female nudes, some of which have never been shown in the UK before.

These seductive figures, such as “Reclining Nude on a White Cushion” (1917), “Female Nude” (1916) and “Seated Nude” (1916) constitute many of his best-known works today. But in the early 20th century, the provocative paintings proved controversial, shocking the French establishment.

In 1917, they were included in Modigliani’s only solo exhibition in his lifetime, but were subject to censorship on grounds of indecency: A police commissioner objected to Modigliani’s depiction of pubic hair, finding it offensive [ . . . ] 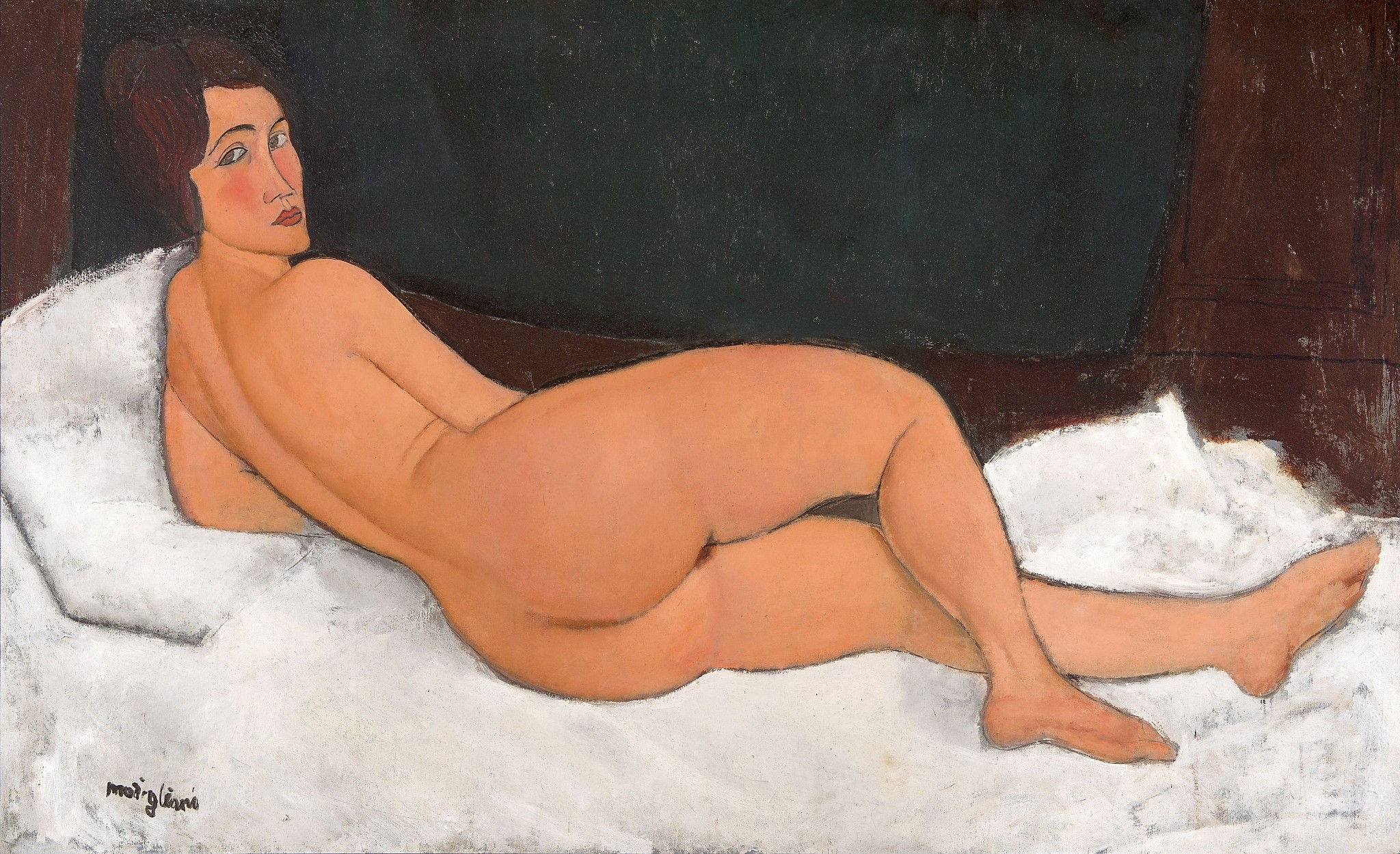 Read full story at THE TIMES OF ISRAEL: Amadeo Modigliani lived hard, died young, and is on display in London | The Times of Israel 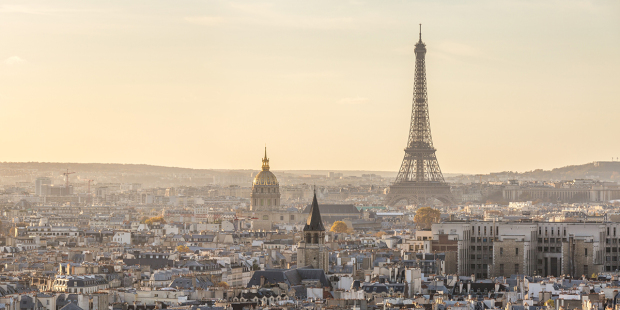 London was lauded as a ‘dynamic city’ with a well-developed infrastructure, legal system and health service (cheque’s in the post).Paris was runner up, scoring top for cultural influence, including attractions and cultural trendsetting.