Nana (Anna Karina), a beautiful Parisian in her early twenties, leaves her husband and infant son hoping to become an actress. Without money, beyond what she earns as a shopgirl, and unable to enter acting, she elects to earn better money as a prostitute. Soon she has a pimp, Raoul, who after an unspecified period agrees to sell Nana to another pimp. During the exchange the pimps argue and Nana is killed in a gun battle. Nana’s short life on film is told in 12 brief episodes each preceded by a written intertitle.
– Wikipedia 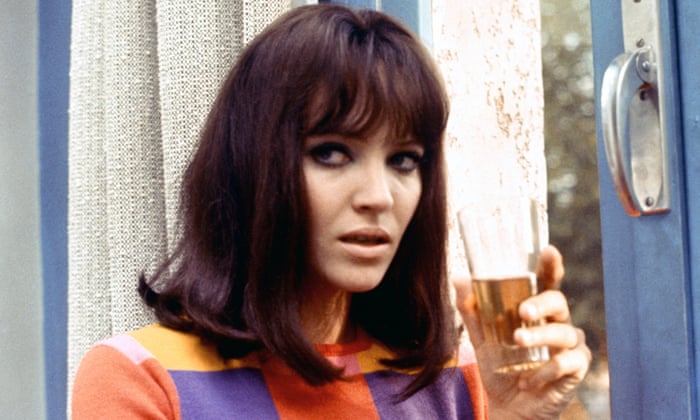 The new poster shows Belmondo and Karina leaning out of their cars to share a kiss. The two play lovers on the run who settle for a time on the French Riviera, which is also where the Cannes Film Festival takes place.

The problem with many music documentaries is that they suffer from over-familiarity. In a bid to appeal to as wide an audience as possible, they end up spreading themselves too thinly on an area already well covered. Viewers tune in and, largely speaking, have their knowledge reaffirmed while they hang around on the off-chance that there may be some newly uncovered archive footage to make their investment worthwhile. There are notable exceptions to this, of course, and generally they crop close on their subject, or as in the case of Je t’aime: The Story of French Song, focus on an area that has been long neglected – indeed by many outside France it has simply been dismissed. […]

In less than 10 days, we’ll be in Paris – the City of Lights. Will we meet up with Jean-Luc Godard and Anna Karina dancing The Madison in a Paris cafe?

We will certainly encounter Jim DeLillo and his lovely ballerina/wife Shirley in the south of France, where our friends have vacationed in the small village of Venasque for the past 20 years.