Paris has been brought to a near standstill by a wave of strikes and protest marches aimed at the French government’s plans to restructure the nation’s retirement system.

In Paris, life has ground to a halt. A general strike there is in its 11th day. And there are daily protests, too. Unions are upset about Emmanuel Macron’s changes to the country’s retirement system. And they are threatening to continue striking through Christmas. Here’s NPR’s Eleanor Beardsley.

ELEANOR BEARDSLEY, BYLINE: It’s not the protests that are the problem. If you’re not on the march route, they don’t really affect you. But the transport strike is killing everyone. [ Listen below ]

Puzzling as it may seem in a country that appears to have so much going for it — fine wines, haute cuisine, high fashion and roughly 1,000 different cheeses — the French are Les Misérables. As author Sylvain Tesson told France Inter radio recently: “France is a paradise inhabited by people who believe they’re in hell.”

Economist Claudia Senik, a professor at the famous Sorbonne University, has studied the French malaise and believes it dates to the 1970s and the end of the “Trente Glorieuses,” the 30 postwar years when France boomed.

“It’s linked to the way the French view the world and their place in it. They have high expectations about the quality of life, freedoms and many values driven by the French Revolution and this sets a high benchmark for satisfaction,” Senik says. “They look back at a golden age when France made the rules of the game, and now we are just another smallish country forced to accept and adapt to rules.”

In her research paper, “The French Unhappiness Puzzle,” Senik found that even when they leave France to live elsewhere in the world, they take their gloominess with them, suggesting it is not France but being French that makes people unhappy.

“I was surprised to discover that since the 1970s the French have been less happy than others in European countries, much less happy than you’d have thought, given their standard of living, lifestyle, life expectancy and wealth,” Senik says. “It’s a problem of culture, not circumstance. It’s the way they feel, their mentality.”

On paper, the French have few reasons to be gloomy: They enjoy free and universal access to an enviable health system ranked first by the World Health Organization, free schools and universities, a maximum 35-hour workweek, six weeks’ annual vacation, paid parental leave and an enviable welfare safety net. END_OF_DOCUMENT_TOKEN_TO_BE_REPLACED

It’s not just about the fuel tax; it’s about anger at ever-increasing burdens on the working class.

If the movement has managed to win such broad support thus far, it’s because it has clearly tapped into a deeper sense of social injustice. While that sentiment is shared nationwide to varying degrees, the protests themselves sprung up largely in rural areas and in what’s known as le périurbain: the sparsely populated outer bands of suburbs and metropolitan areas. These are parts of the country that suffer from high joblessness and rely heavily on state investment to keep their communities afloat, from unemployment benefits to the public rail network that connects them to larger cities. 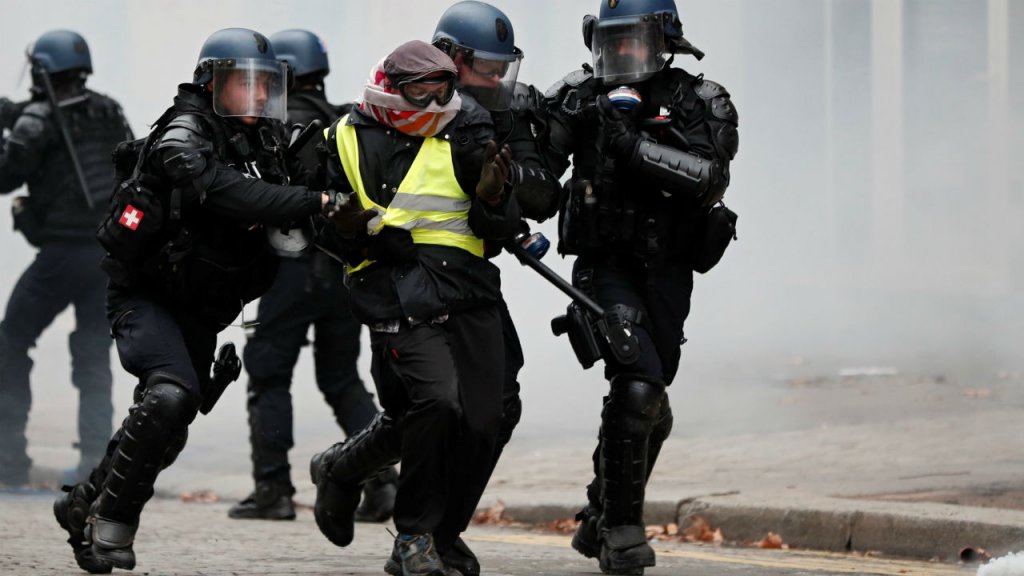