Caves de Juliénas-Chaintré Villages Cuvée Six, Beaujolais-Villages, France 2018 (from £9.95, nywines.co.uk; eynshamcellars.com; butlers-winecellar.co.uk) It would be very hard to find a red wine region in the world offering better value for money than Beaujolais at the moment. I don’t just mean that the land north of Lyon provides some of the most reliably drinkable red wines you can find for not much more than a fiver. Wines that are relatively light and, with their soft to non-existent tannin and bright berry thirst-quenching juiciness, are the ideal incarnation of that onomatopoeic wine adjective, gluggable. Chillable, wines such as Tesco Beaujolais Rouge or Sainsbury’s House Beaujolais (both exactly £5). The region also regularly hits a thirst-quenching, prettily-scented spot for a couple of quid more, with “villages” wines, from superior vineyards, such as Morrisons The Best Beaujolais Villages (£6.50 until 4 October), Waitrose Blueprint Beaujolais-Villages 2018 (£7.99) or, in super-succulent, vivid, finger-staining, fresh-off-the-bush style, the Cuvée Six made by a 170-strong co-operative of local growers.

END_OF_DOCUMENT_TOKEN_TO_BE_REPLACED

The French wine varietal Beaujolais is making a comeback after decades in the shadow of Burgundy. Here’s what to look for and pairing ideas.

Years ago, while I was tasting exquisite Bordeaux vintages with a high-flying collector, he described Beaujolais in a memorable way: “Sadly stuck in the shadow of Burgundy.” He dismissed it with a wave of his hand. The way he said it, referring to its neighbor to the north, you’d think the region was a sickly Dickensian orphan with no hope.

Until recently, the region struggled mightily from a bad rap—and for good reason. In the 1970s and ’80s, the late, legendary wine merchant Georges Duboeuf created a whole November festival around the release of Beaujolais Nouveau, the entry-level wine named for its being bottled and distributed so soon after harvest.

It succeeded but also created a “crisis,” says Sonja Geoffroy, who works on the winemaking team at the wonderful family-owned Chateau Thivin, in the town of Brouilly (try their Cote de Brouilly). “People didn’t know there was anything beyond Nouveau.” The success created such a demand that many producers planted new versions of Gamay vines that delivered on yield but not quality.

By the late 1990s, Beaujolais was the wine that dared not be sipped in some circles—even though great stuff was still being made by the top producers in the region’s best vineyards. Critics and collectors wouldn’t touch it with a 10-foot wine stem.

Fast-forward to today, when the crus of Beaujolais—the wines from 10 areas in the northern part of the region officially designated as producing the highest quality—are some of the most talked-about bottlings among wine lovers in the know. They can age very well, but most are not made to cellar for more than a decade. We still need something to drink tonight with dinner, right?

END_OF_DOCUMENT_TOKEN_TO_BE_REPLACED

Less prestigious appellations can offer interesting value to those looking to buy French vineyards on a tighter budget, to kick-start a long-held winemaking dream.

Appellation (AOP) vines outside of Champagne cost €74,900 per hectare on average in 2019, but several areas were below €20,000, show figures released this summer by land agency Safer.

If you’re not so bothered about having the AOP status, then non-appellation vines were down at €14,400 on average across France.

It’s also possible to buy land not currently used for vineyards. ‘You would need to apply for planting rights, but you can get them,’ said Kirsten Pollard, of estate agency Maxwell-Baynes, affiliated to Christie’s International Real Estate.

But she said this strategy would be a ‘long way round’, and that buying an existing vineyard can save time and carry fewer risks.

It would be even more important to do your research on the terroir, too.

Pollard, who generally specialises in higher-end properties and covers south-west France, including Cahors and the Dordogne, said that €1.5m might buy you a stone house with several bedrooms, a pool and around 10 to 20ha of vines – albeit perhaps needing some work.

Although it can be ‘quite hard to make money’ from a vineyard at this sort of level, she said it was important to think about potential sales networks.

For example, that might include tapping into the new generation of natural wine bars around the world, or building partnerships with local restaurants.

Pollard highlighted an organic and natural wine estate that she sold a few years ago for €850,000 to a 40-year-old Czech buyer. The property included 15ha of vines near to Cahors but not in an appellation zone.

Some buyers are also looking for ‘hobby’ vineyards that don’t necessary need to turn a commercial profit, as previously reported.

Don’t underestimate the amount of potential work – or cost – involved in running a vineyard, but here are five places to look based on Safer figures.

AOP vines in Languedoc-Roussillon cost an average €12,700 per hectare in 2019, up by €200 versus 2018 but still making the vast region one of the cheapest places to buy vines.

However, the region is so big that you’ll find a lot of variation, and you would naturally expect to pay more in one of the area’s more prestigious zones, such as Terrasses du Larzac, La Clape or Pic-St-Loup.

According to Safer, Languedoc has seen a relatively high number of vineyard deals in recent years, compared to other regions.

Prices haven’t risen everywhere, however. The average price of Corbières vines has been around €9,000 for the past few years, for instance.

‘There are many vineyards for sale in Corbières and Minervois because a lot of winegrowers are retiring,’ Aurelia Mistral-Bernard, of the Montpellier branch of estate agency network Vinea Transaction, told Decanter.com recently.

END_OF_DOCUMENT_TOKEN_TO_BE_REPLACED 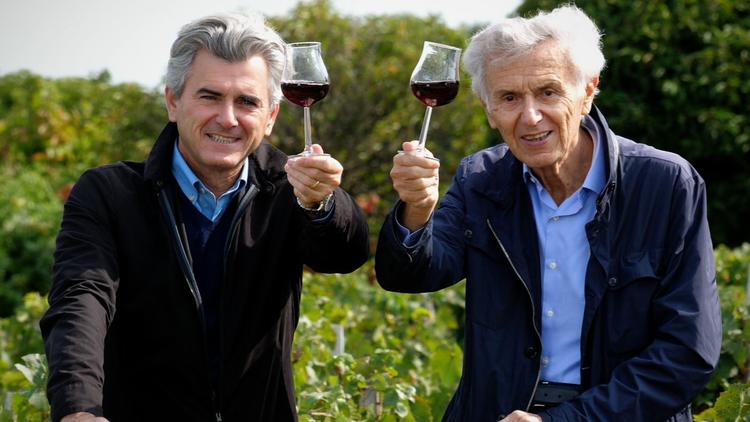 More than 25 years ago we met Georges Duboeuf, the French winemaker who put Beaujolais on the international wine map. He was parading his region’s unique nouveau – released shortly after harvest and well before any other French wine – as a harbinger of what wine was to come from that year’s crop [ . . . ] Beaujolais Nouveau isn’t the fanciest wine at your favorite French restaurant or liquor store. It’s fermented, bottled and released within weeks of harvest, making it more bright and acidic than most reds. But because French law states that new Beaujolais Nouveaus can’t be sold until the third Thursday in November, uncorking the latest bottles has become an excuse for parties around the world, which frequently include free or unlimited wine. And who couldn’t use free wine right about now?

READ THE FULL STORY: Where to find free Beaujolais Nouveau on Thursday – The Washington Post