After French drinks export shipments to the U.S. dropped significantly in 2020 due to tariffs—whose five-year suspension was announced this past Tuesday—exports have been rebounding strongly in the first four months of 2021. In this calendar year through April, U.S. imports of wine and spirits from France leapt 25% and 13% in volume terms respectively, according to French government agency BusinessFrance. French beer and cider also registered gains during the period.

Provence is now the single-largest region among French wines exported to the U.S. and increased 15% through April in volume terms, driven by ongoing growth for rosé (+17.5%). But the fastest-growing wine region is the Languedoc, which soared 86% year-to-date. Gains were recorded nearly across all segments as vermouth exports to the U.S. rose 41% year-to-date while Champagne surged 48%. Veuve Clicquot and Moët & Chandon together comprise over two-thirds of the Champagne market in the U.S.—according to Impact Databank—and bucked the trend last year by registering volume gains during the pandemic.

With the exception of vodka (-37% year-to-date), imports of French spirits also recorded impressive increases through April. French liqueurs soared 47% in volume terms, while the largest segment, Cognac, rose 49%. After crossing the 5-million-case mark last year, Hennessy Cognac became one of the 10 largest-selling spirits overall in the U.S. market for the first time. Hennessy and Rémy Martin, which is also growing strongly, comprise well over three-quarters of the Cognac market in the U.S., according to Impact Databank.—Juan Banaag 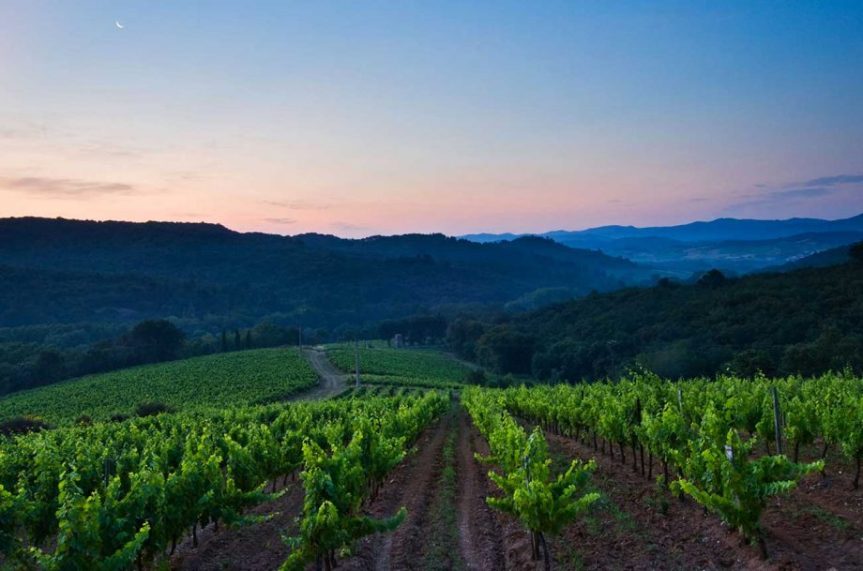 Less prestigious appellations can offer interesting value to those looking to buy French vineyards on a tighter budget, to kick-start a long-held winemaking dream.

Appellation (AOP) vines outside of Champagne cost €74,900 per hectare on average in 2019, but several areas were below €20,000, show figures released this summer by land agency Safer.

If you’re not so bothered about having the AOP status, then non-appellation vines were down at €14,400 on average across France.

It’s also possible to buy land not currently used for vineyards. ‘You would need to apply for planting rights, but you can get them,’ said Kirsten Pollard, of estate agency Maxwell-Baynes, affiliated to Christie’s International Real Estate.

But she said this strategy would be a ‘long way round’, and that buying an existing vineyard can save time and carry fewer risks.

It would be even more important to do your research on the terroir, too.

Pollard, who generally specialises in higher-end properties and covers south-west France, including Cahors and the Dordogne, said that €1.5m might buy you a stone house with several bedrooms, a pool and around 10 to 20ha of vines – albeit perhaps needing some work.

Although it can be ‘quite hard to make money’ from a vineyard at this sort of level, she said it was important to think about potential sales networks.

For example, that might include tapping into the new generation of natural wine bars around the world, or building partnerships with local restaurants.

Pollard highlighted an organic and natural wine estate that she sold a few years ago for €850,000 to a 40-year-old Czech buyer. The property included 15ha of vines near to Cahors but not in an appellation zone.

Some buyers are also looking for ‘hobby’ vineyards that don’t necessary need to turn a commercial profit, as previously reported.

Don’t underestimate the amount of potential work – or cost – involved in running a vineyard, but here are five places to look based on Safer figures. 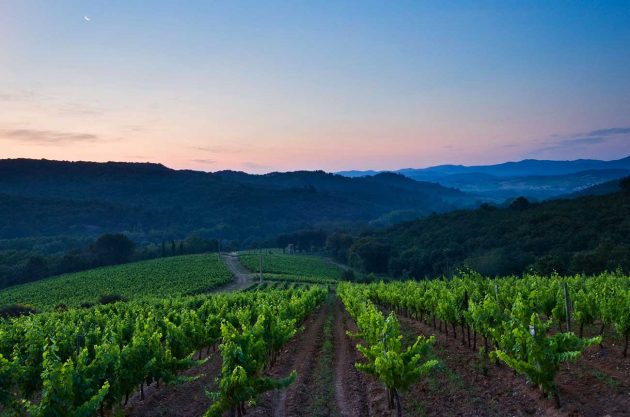 AOP vines in Languedoc-Roussillon cost an average €12,700 per hectare in 2019, up by €200 versus 2018 but still making the vast region one of the cheapest places to buy vines.

However, the region is so big that you’ll find a lot of variation, and you would naturally expect to pay more in one of the area’s more prestigious zones, such as Terrasses du Larzac, La Clape or Pic-St-Loup.

According to Safer, Languedoc has seen a relatively high number of vineyard deals in recent years, compared to other regions.

Prices haven’t risen everywhere, however. The average price of Corbières vines has been around €9,000 for the past few years, for instance.

‘There are many vineyards for sale in Corbières and Minervois because a lot of winegrowers are retiring,’ Aurelia Mistral-Bernard, of the Montpellier branch of estate agency network Vinea Transaction, told Decanter.com recently.