The newly released cookbook Paris Picnic Club is not only a collection of international recipes with fresh and sometimes powerful tastes but is also an inadvertent guidebook to mainstream and offbeat markets and food stores within Paris. One premise of the book is that cooking within a Parisian home kitchen (often small and lacking storage space) requires frequent shopping. If you are in Paris and searching for Breton artichokes, Arcachon oysters, Alsatian cherries, Brillat-Savarin cheese or Korean red chili flakes—the book’s sidebars and recipe introductions will direct you to food outlets that include La Grand Epicerie on Rue de Sèvres, the Korean supermarket on Rue Saint-Anne or Sébastien Gaudard Pâtisserie in Montmartre.

Yet you don’t have to live in Paris to enjoy this cookbook. 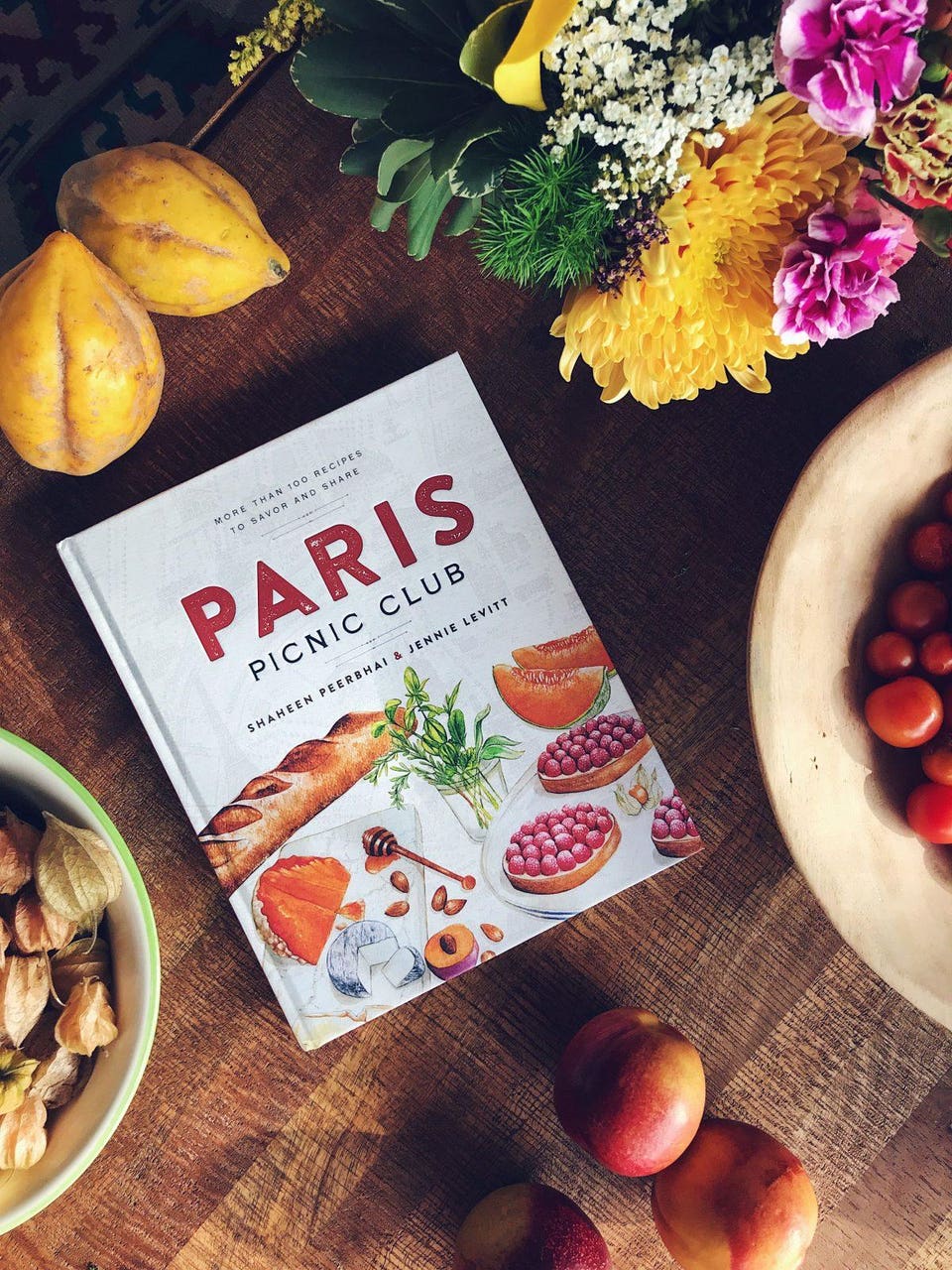 Paris Picnic Club illustrates how Parisian and French foods celebrate the cuisines of varied cultures. The authors—having cooked and worked professionally with food in India, Italy, the U.K., Brazil, the U.S. and Colombia—appreciate this diversity. In the book’s introduction, authors Shaheen Peerbhai and Jennie Levitt write: “This cookbook is a collection of recipes that take inspiration from the diverse cuisines of Paris and marries them with the rich food cultures that now surround us in London and Bogotá.” They add that, “The techniques—strongly influenced by classic French cooking—go beyond mundane croque monsieurs and molten chocolate cakes to showcase the contemporary cooking that we undertook in our tiny Paris kitchenettes.”

The book’s name derives from the evolution of the authors’ meal preparations. They began throwing casual lunches and dinners for friends in a town outside the French capital, then eventually organized picnics throughout Parisian parks on successive Fridays. The name also relates to their style of cooking. Picnics can be spontaneous and casual and, they write, “are easygoing and avoid the formality and decorum that white tablecloths and shiny silverware command.” Their style of food preparation is, “simple, fresh, and respectful.” For the authors, presentation is not as important as quality of food and satisfaction provided. “We don’t dot our plates with sauces from squeeze bottles,” they write.

More at FORBES: A Cookbook Created From Picnicking In Paris