In countries across the globe, people reported fireworks and cheering after President-elect Joe Biden was named the winner of the 2020 election on Saturday.

Locals in the United Kingdom, where many had leftover fireworks from Guy Fawkes Night this week, reported fireworks going off in London. There were videos of fireworks in Edinburgh, Scotland, and reports of celebrations in Germany.

NBC, CNN, ABC and The Associated Press all called the race for Biden shortly before 11:30 a.m. EST Saturday.

Though cities are celebrating, President Trump has not accepted the race call. 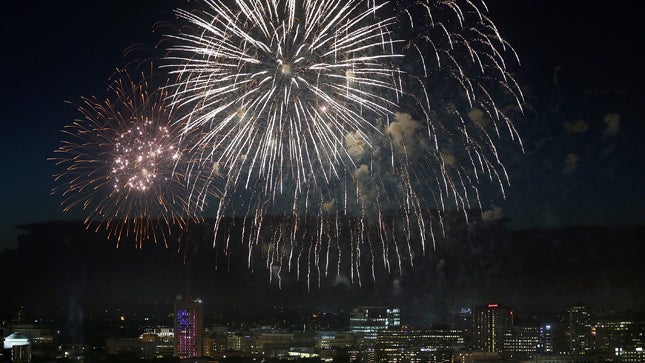 Trump issued a statement minutes after numerous news outlets declared Biden the winner of the presidential race claiming that networks were helping the former vice president “falsely” pose as the winner and promising to fight the results in court.

In a wide-ranging speech at a campaign rally Saturday 9/20, President Donald Trump ramped up attacks against his opponent, Joe Biden, calling Biden the “dumbest of all candidates,” and went so far as to declare, “maybe I’ll sign an executive order that you cannot have him as your president.”