With its theme “A Summer in Paris,” the Films on the Green offered a striking portrait of the City of Lights, its urban landscape, and its cultural diversity. A selection of classic, New Wave, and contemporary films by directors such as Agnès Varda, Céline Sciamma and Luc Besson, showcased the city’s aesthetic, cultural, and cinematic history from dramatically unconventional angles. Discover stories of love, adolescence, female identity, and urban life in Paris and its surrounding suburbs!

Below you will find the curated film descriptions as well as links to watch them on U.S. streaming platforms!

Fed up with her abusive family situation, lack of school prospects and the “boys’ law” in the neighborhood, Marieme (Karidja Touré) starts a new life after meeting a group of three free-spirited girls. She changes her name, her style, drops out of school and starts stealing to be accepted into the gang. When her home situation becomes unbearable, Marieme seeks solace in an older man who promises her money and protection. Realizing this sort of lifestyle will never result in the freedom and independence she truly desires; she finally decides to take matters into her own hands.

Fred (Christophe Lambert) is a hipster thief who falls in love with the bored and beautiful wife of the millionaire (Isabelle Adjani) he just robbed. She wants her stolen papers back and he wants her heart. With gangsters and Metro police on their tail, the two seek refuge in the wild labyrinth beneath the subway and team up with the strange characters who inhabit the subterranean world. 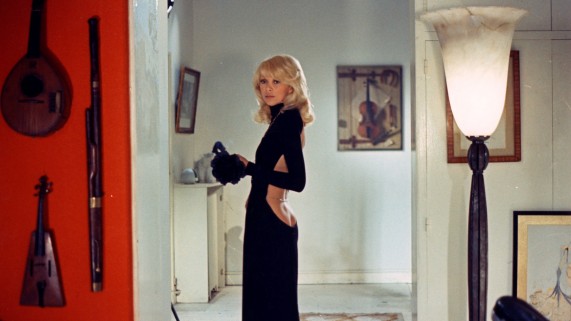 A frothy French farce, The Tall Blond Man with One Black Shoe is a classic madcap comedy about espionage, surveillance, and mistaken identity. When Francois (Pierre Richard), an unsuspecting violinist, is misidentified as a superspy by national intelligence, outrageous antics ensue. As everyone (including Mireille Darc, playing a knock-out henchwoman) falls over each other in their misguided attempts to discover the tall blond man’s secrets, his best friend complicates matters even further when he overhears a salacious recording of Francois with his wife. The whole merry-go-round comes crashing to a halt in one final showdown, pitting spy versus supposed spy with hilarious results. Elegantly filmed and accompanied by a memorable score, The Tall Blond Man with One Black Shoe is one of the most seminal comedies of the 1970s. 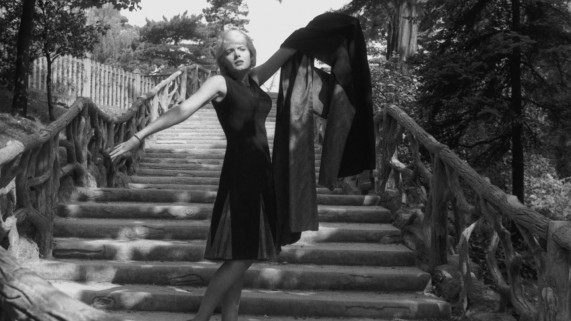 Agnès Varda eloquently captures Paris in the sixties with this real-time portrait of a singer (Corinne Marchand) set adrift in the city as she awaits test results of a biopsy. A chronicle of the minutes of one woman’s life, Cleo from 5 to 7 is a spirited mix of vivid vérité and melodrama, featuring a score by Michel Legrand (The Umbrellas of Cherbourg) and cameos by Jean-Luc Godard and Anna Karina. 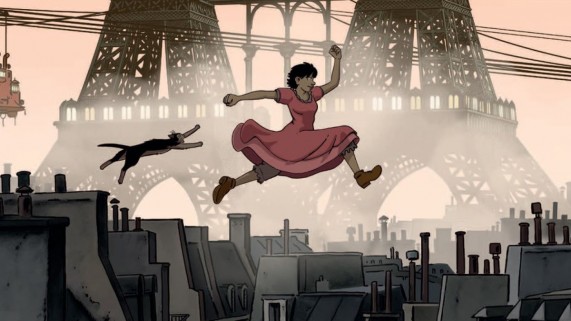 From the producers of the Academy Award-nominated Persepolis and the mind of renowned graphic novelist Jacques Tardi comes a riveting sci-fi adventure set in an alternate steampunk universe.

Paris, 1941. A family of scientists is on the brink of discovering a powerful longevity serum when suddenly, a mysterious force abducts them, leaving their young daughter April behind. Ten years later, April (voiced by Academy Award nominee Marion Cotillard) lives alone with her dear cat, Darwin, and carries on her family’s research in secret. But she soon finds herself at the center of a shadowy and far-reaching conspiracy, and on the run from government agents, bicycle-powered dirigibles, and cyborg rat spies. Undaunted, she continues her quest to find her parents and discover the truth behind their disappearance.

Written by François Truffaut and photographed by New Wave legend Raoul Coutard, with no less a crime specialist than Claude Chabrol as technical advisor, Jean-Luc Godard’s jazzy riff on American Film Noir helped launch the French New Wave and ensured cinema would never be the same.

Petty thug Michel (Jean-Paul Belmondo) considers himself a suave bad guy in the manner of Humphrey Bogart, but panics and impulsively kills a policeman while driving a stolen car. On the lam, he turns to his aspiring journalist girlfriend, Patricia (Jean Seberg), hiding out in her Paris apartment while he tries to pull together enough money to get the pair to Italy. But when Patricia learns that her boyfriend is being investigated for murder, she begins to question her loyalties.

In this film noir, director Jean-Pierre Melville’s final film, a Paris police chief (Alain Delon) discovers that his nightclub owner friend (Richard Crenna) also leads a group of bank robbers. When he is tipped off that the same robbers are planning a drug heist, the police chief races to defeat his two-faced friend. Meanwhile, the police chief has engaged in some double-crossing himself – by sharing the same woman (Catherine Deneuve) with the man he calls his friend. 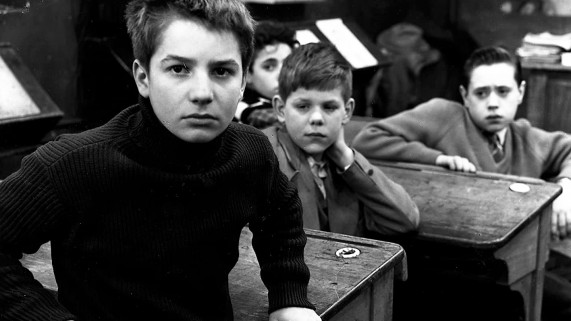 The films Air of Paris (L’Air de Paris) by Marcel Carné, and Boyfriends and Girlfriends (L’Ami de mon amie) by Eric Rohmer are not yet available on U.S. streaming platforms.