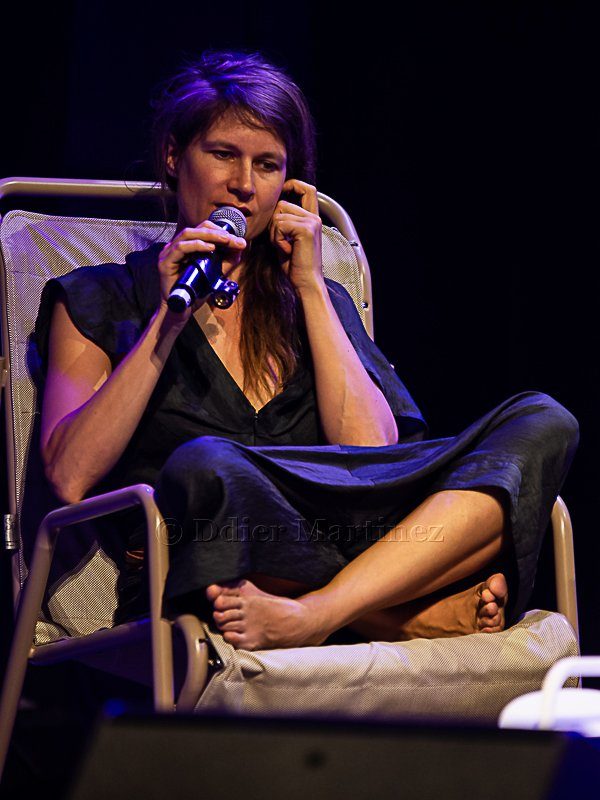 As much as statistical analysis of attendance, the reputation of a jazz festival is measured through its potential to encourage the creation of musical works or new shows. This is the approach pursued by Jazz in Vienna by asking the pianist Nîmes Raphaël Lemonnier to propose a creation. After a long maturation, the result is ready tonight for the opening of the thirty-ninth edition of the festival in front of the public of the Theater Antique. This project draws its inspiration from the African-American music of “work songs”, songs of prisoners, blues and gospel totally in the lineage of collecting work done by ethnomusicologist Alan Lomax in the South of the United States. Raphael Lemonnier likes to remind that“This project has been in my head for a long time, more precisely since the day of my eleven years when I am offered a box of four vinyls of songs and blues recorded in the penitentiaries of the southern United States. So overwhelming … a proof to come back with the opportunity offered by Jazz in Vienna! “

Raphaël Lemonnier has led in this adventure two singers who have always bathed in the blues and African music  Camille and Sandra Nkaké . When we know the interest of saxophonist   Raphael Imbertfor the music of the South of the United States his participation in the project was just as obvious. Versatile musicians   Pierre François Dufour (drums and cello) and Christophe Minck (double bass and ngoni) skilfully complete the visible team on stage knowing that the show’s dimension has been particularly neat with arrangements by Clément Ducol and a particular attention paid to the sets , costumes, lighting and above all choreography.

For the opening track, the six actors-singers of the show are gathered standing at the center of the stage, each sporting a wooden perch of a sort of long pickaxe that will prove throughout the show as a real percussion instrument for accompany the heavy song and taking of the two singers. Raphael Lemonnier’s bas-hued right piano and double bass came into play to accompany Sandra Nkaké’s powerful vocals, echoed by Camille’s, before giving way to a plain line of sax and muffled drums. The pieces follow one another (we could even speak here of successive paintings as the colors and staging change regularly) and plunge us into the heart of original black music, blues, gospel, songs of work, of prisoners or of demands, and as if to remind us that Africa is never far away in the American black music drums and ngoni (sort of Malian banjo) come to color the songs and the paintings. On the pieceI have a dream delicately accompanied on the piano, Camille even proposes a couplet in French as to show us that these revolts are also ours and concern us just as much. The mood goes up a notch on the song that gives its title to the show Up above my head originally a gospel of the 40s that Sister Rosetta Tharpe has tinged rock’n’roll in the 50s. a capella for a nigga spiritual gathering everyone around a large raw wood table regularly hammered by the strikes of six singers, totally striking and challenging … We think of the painting of Leonardo da Vinci “The Last Supper”.

The most emotionally charged keys of the concert are indisputably found in the two singing songs of the singers: for Camille it is a touching version of Sometimes I feel like a motherless child with just the discreet and restrained support of some bass lines, cello and bass clarinet. For Sandra Nkaké it will be on the bitter and upsetting Strange fruit made even more heartbreaking by the plaintive flights of the tenor of Raphael Imbert. Fortunately for the rest we will find a little more lightness with Turn me round  a hymn that has accompanied the struggle for civil rights and finds its place here as the culmination of the struggles of black Americans. And until the end the haunting percussion on stage boards or drums as to better embellish not only the songs of Camille and Sandra but also that of the musicians who also give the unrestrained voice almost forgetting their instrument.

In summary: a creation particularly well elaborated as much by the choice of the pieces as by setting to music and in scene; around Raphaël Lemonnier a team of musicians and singers that we feel very involved in this project to which we wish wholeheartedly to find its place on other great scenes.

One thought on ““Up Above My Head” Création Jazz A Vienne avec Camille, Sandra Nkaké, Raphaël Lemonnier, Raphaël Imbert ”