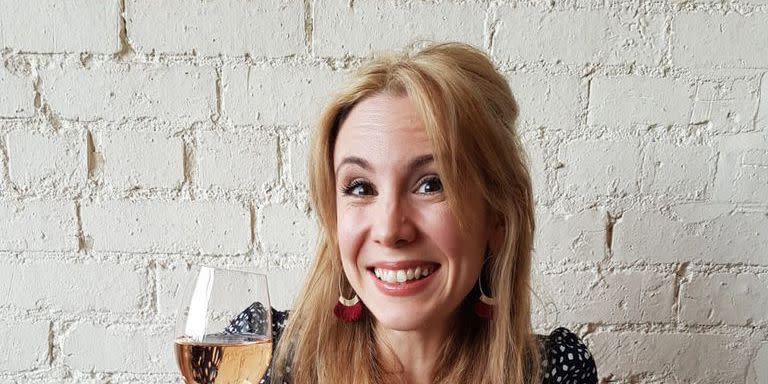 Alix O’Neill is a freelance journalist and writer, who, after years of on-off scheming, has finally taken the plunge and moved to the South of France. In search of a simpler life, filled with more cheese and less stress, she charts her new chapter in the ‘rose city’ of Toulouse, with husband ‘Mr G’ and baby ‘Tibs’ in tow. You can read all about the highs and lows of settling into French culture here in her brand new column.

At my last antenatal appointment, the gynaecologist’s assistant told me I had a “beautiful uterus”. I’m as in awe of the female reproductive system as the next person, but it’s never occurred to me to compliment another woman on the pulchritude of her internal organs.

Of course, she wasn’t referring to the physical attractiveness of my womb. She was simply confirming that everything was healthy and progressing as it should be. I’m coming to learn that in French, anything has the potential to be beautiful, from an idea to cheese. The pursuit of beauty and its partner pleasure is a serious business here. As Lucy Wadham writes in her 2009 memoir The Secret Life of France, “Traits like rigour, reserve and resilience – qualities which, significantly, are usually attributed to France’s Protestant minority – are begrudgingly admired but never championed.”

The French seek out small pleasures on a daily basis. Guilt-free two-hour lunches are standard, while I’ve seen locals enjoy a glass of wine at 10am before opening shop for the day. Even buying groceries can be a thing of beauty, if approached in the correct manner. When we were living in London, discounting weekends pottering around Borough or Broadway markets, most days I reluctantly joined the self-service queue of office workers clutching bags of ravioli and stir-in pasta sauce in my local Tesco. Beyond amusing myself by attempting to guess who would lose it at the next “unexpected item in bagging area”, it was invariably a soulless experience.

In Toulouse, picking up ingredients for dinner each evening is a joy. After coffee and croissants, Tibs and I will head to the market to stock up on fruit and veg, seeing what’s in season before deciding what to eat that day. We’ll head to the fromagerie and boulangerie, Tibs going native by demanding to tuck into warm baguette on the way home. (For non-perishable purchases, it’s Lidl. Even the French can’t make toilet paper sexy.)

The joys of simple cooking

In France, food and cooking is one of the greatest pleasures in life, and played a not inconsiderable part in our decision to move. Mr G is an excellent cook and I’ve always been a gourmand (not a gourmet. An important distinction. The latter knows a lot about food; the former is essentially a human waste disposal unit). Zola once said, “When there’s nothing good to eat for dinner, I’m unhappy – really unhappy. That’s all there is; nothing else exists for me.” I can relate. My friend Jude and I had a bad lunch on our sixth-form girls’ trip to Magaluf. I’m not sure what we were expecting from this well-known culinary hotspot, but the disappointment plagues us to this day. [ . . . ]

Continue at YAHOO: How to eat like a French woman