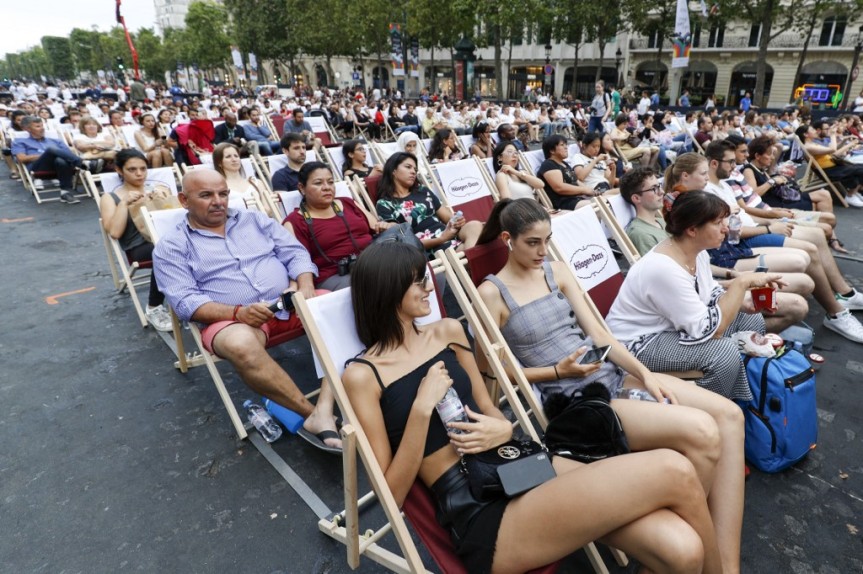 It is on Friday, July 12th at Mairie du 11ème, 12 Place Léon Blum, with a free concert at 8.30pm, followed by the screening at 10.30pm.
The second is American comedy mash-up La Classe Américaine on Saturday, July 20th at Mob Hôtel, 6 Rue Gambetta, in Saint-Ouen at 10pm.
And the third in the series is comedy La Nouvelle Ève on Friday, August 9th at Mairie du 11ème. The screening at 9.30pm, preceded by short movies.
The outdoor screenings are in addition to Lost in Frenchlation’s usual programme, which includes the new Jean Dujardin comedy Le Daim on  Friday, July 19th at Club de L’Étoile/Champs-Élysées.
Before the screening there is an optional Eiffel Tower Movie Tour at 5:30pm, drinks from 7pm, a stand-up comedy show (in English) at 8pm, followed by the screening at 8.30pm. €15 Full Price, €13 for students.

See the full schedule at http://lostinfrenchlation.com/