French DJ and musician Martin Solveig has issued a video apology after asking Norwegian soccer star Ada Hegerberg if she knew how to twerk, just minutes after she won the inaugural Ballon d’Or award as the world’s best women’s player. 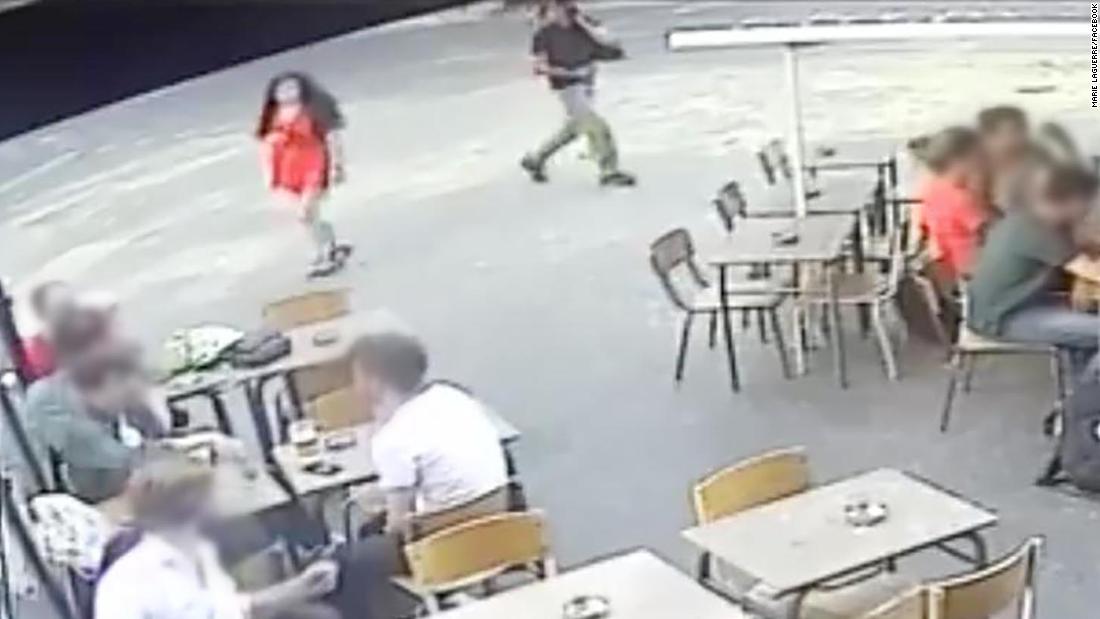 A man has been caught on video forcefully slapping a woman after he allegedly sexually harassed her on the streets of Paris.

A man has been caught on video forcefully slapping a woman after he allegedly sexually harassed her on the streets of Paris.

The man is seen walking by a streetside cafe when he picks up an ashtray from a table and throws it over customers’ heads in the woman’s direction. He then comes face to face with her, waving his hands, before striking a blow and turning around to walk away.
The woman, Marie Laguerre, posted CCTV footage of the incident on her Facebook account, saying that she was on her way home on Tuesday last week when the man started whistling and making noises at her, and said “dirty words that were humiliating and provocative as I passed by him.” [ . . . ]

Women gathered on the red carpet at the Cannes Film Festival to bring attention to gender inequality in the film industry. NPR’s Lakshmi Singh speaks with one of the demonstrators Melissa Silverstein.

Listen to the NPR report 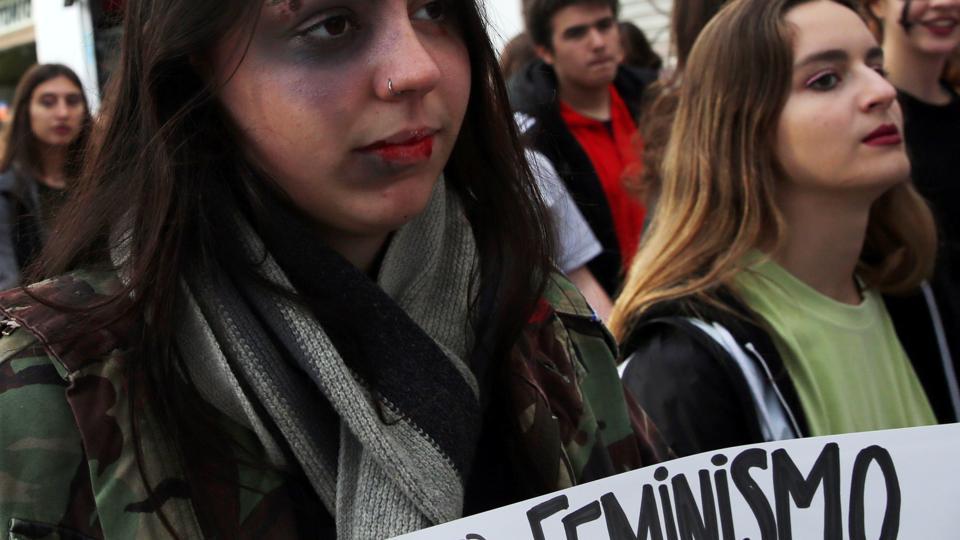 In the shadow of the horrific alleged rape in Unnao and alleged rape and murder in Kathua, and worldwide acknowledgment of workplace harassment of women (#MeToo, #TimesUp), feminism has an important role to play

“One is not born, but rather, becomes a woman,” wrote Simone de Beauvoir in her seminal book The Second Sex. At the time, the book was considered so radical that the Vatican put it on the Index Librorum Prohibitorum (index of prohibited books). Beauvoir died at the age of 78 on this day 32 years ago, leaving behind a legacy of revolutionary thinking, activism, and having spurred the beginning of the ‘second wave’ of feminism.

As an existentialist, Beauvoir believed that human beings create their own values through their consciousness, and not simply by some inborn “essence”. She drew upon this philosophy to describe the sex-gender distinction, in which she explains that there is a difference between biological sex assigned to a child at birth, and the social and historical construction of gender and the stereotypes that become associated with them. Her argument is that all children are born the same way, but become conditioned by the society around them to think that men must behave a certain way and women in certain others. She calls women the ‘second sex’ because historically, women have always been defined in relation to men, as though the male was the ideal — that women could only aspire to be, but can never really become [ . . . ]

Continue reading at: It’s time to reclaim the legacy of Simone de Beauvoir and see feminism for what it is | editorials | Hindustan Times