A millennial malaise has swept popular culture, as less refined protagonists are taking centre-stage. New York has Obvious Child; London has Fleabag; and now Paris has Jeune femme. In her debut feature film, Léonor Serraille set out to “invent a female character we don’t see in French cinema; someone who isn’t too perfect, too heroic”.

Her lively script draws on her experiences in Montparnasse as a young adult, a period defined by urban loneliness. Broken after the demise of her 10-year romance, Paula (Laetitia Dosch) pieces herself back together by mending damaged relationships and forging new ones. From the outset, Jeune femme grapples with the struggles of Generation Y, showing Paula’s desperation when she head-butts her ex-boyfriend’s door and spews a furious monologue to camera.

“Léonor wanted the audience to feel really bored by this woman at the beginning,” says Dosch in her French-tipped English. “Will she shut up? Will she calm down? And then get used to her and discover her and get over our prejudices. What is beautiful about this film is that she could really become homeless, she could really become crazy, but she climbs back, little by little.”

The comedy was rapturously received at the 2017 Cannes Film Festival, where it won the Caméra d’Or (the equivalent of the Palme d’Or for the first-time film-maker). “We were so lucky that it happened because it changed the destiny of Jeune femme,” says Dosch. “The awards are on TV so people wanted to see the film after that. We were gasping next to Joaquin Phoenix onstage and Will Smith was there saying hello. That was very weird. Completely crazy.”

Dosch – who is known in France for her 80-character one-woman show – was recognised for her explosive performance as Paula at the Césars (akin to the Oscars), where she was nominated for Best New Actress. How did she prepare for this career-changing role? “For me it was like having a freer little sister. I walked down the street in character, talking to myself, to see how people looked at me as a misfit. I loved doing that. Paula’s situation is very typical of her time.”

This timeliness is also apparent in Jeune femme’s presentation of sexual consent. In one scene, Paula disarms a stranger who complains he “doesn’t like sleeping alone” with the deadpan quip: “Me neither, maybe you should get a teddy bear?” Later on, the narrative takes a more sinister turn when she scrambles to escape from her former partner who, ignoring her cries, prises off her clothes. The voyeurism of the top shot makes for uncomfortable viewing, encouraging empathy towards Paula. Serraille’s evaluation of this theme chimes with Hollywood’s #MeToo movement.

Despite its near-unanimous support in the Anglophone world, Time’s Up has been viewed with more suspicion in France – even though its home-grown stars Léa Seydoux, Florence Darel and Judith Godrèche have all accused Harvey Weinstein of sexual misconduct. In January, 100 Frenchwomen penned an open letter for Le Monde, condemning the way #MeToo has “prevented men from practising their profession as punishment, when the only thing they did wrong was touch a knee, try to steal a kiss or speak about ‘intimate’ things at a work dinner”. The missive also criticises the country’s #BalanceTonPorc hashtag (translated as #OutYourPig) for expressing “an enthusiasm for sending pigs to the slaughter”. Laetitia Dosch is hesitant to come down strongly on either side of the argument. “You have women saying, ‘We can’t treat men this way!’ because now they’re getting scared of us,” she says, carefully. “I can understand their points. It’s time to think and not get too impulsive because these are complicated questions and it’s difficult to make law about this.”

It’s not just #MeToo that has divided the French film industry, the community was similarly polarised by Jeune femme upon its release. Dosch admits to being “deeply upset” by negative reviews on the French radio programme Le Masque et la Plume (The Mask and the Pen), where the male critics lambasted her character’s “selfishness” and “poor childcare skills”.

“Characters are too formulaic in France,” she claps back. “They’re definitely very prim and proper. Either you’re a little crazy, or you’re sweet and vulnerable, or you’re a very serious lawyer. I think we have a big fight ahead for women characters in art. There is a tendency to oversimplify their behaviour, but I do hope things are evolving.”

Such resistance to change is hardly surprising: French culture actively seeks to preserve tradition. The news that Cannes banned Netflix films from competition at next month’s festival – since they are not distributed theatrically – stunned American film journalists. But this decision is much less shocking when considering that France has had an institution to legislate against linguistic change since 1635. By being unapologetically of-the-moment, Jeune femme has paved the way for more unsympathetic heroines in cinema.

A young actress has lodged a complaint for rape against French film director Luc Besson, judicial sources said on Saturday, the latest in a string of sexual abuse allegations in the wake of the Harvey Weinstein scandal.

The filmmaker’s lawyer Thierry Marembert said he categorically denied the claims calling them “fantasist accusations”, adding that the complainant was someone he knew “towards whom he has never behaved inappropriately”. Police in Paris opened an investigation after the actress accused the 59-year-old “The Big Blue”, “Nikita” and “Leon” director of raping her, the judicial sources said. A “complaint has been made for acts qualifying as rape by the plaintiff which happened Thursday night into Friday in Paris,” they said, adding that police were investigating. News of the allegation emerged shortly before the closing ceremony of the Cannes Film Festival which was marked this year by an emotional speech by a Weinstein accuser.

Italian star Asia Argento, who has said she was raped by the Hollywood mogul at Cannes in 1997, told the ceremony he would never be welcome at the event again. “This festival was his hunting ground,” said Argento, who says she was 21 when Weinstein attacked her in his hotel room. Sources said Besson’s accuser went to police on Friday to file a complaint against Besson after the alleged assault at the Bristol hotel in the French capital.

The complainant said she had been in a relationship with him for around two years, stating she felt pressured into being intimate with him for professional reasons. One source close to the investigation said Besson was out of the country and had not been questioned. According to Europe 1 radio, which broke the story, Besson’s accuser said she had “drunk a cup of tea, then felt unwell and lost consciousness”.

The station quoted her as saying that when she came round she remembered being sexually assaulted. Giant of French cinema Besson, who is married to a film producer, has three children with his wife and two more from previous relationships. He has been married four times, including to US actress Milla Jovovich.

END_OF_DOCUMENT_TOKEN_TO_BE_REPLACED 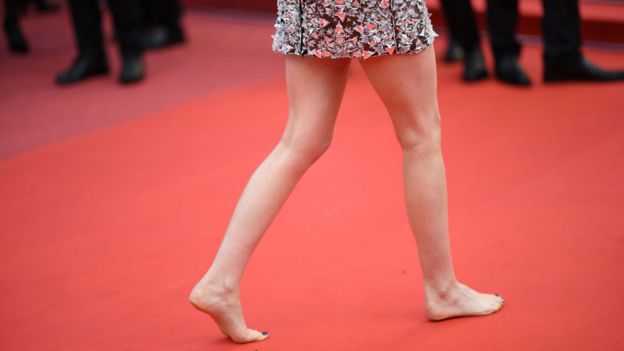 Isabelle Huppert as a clumsy teacher, Romain Duris as headmaster

[Google Translation / CULTUREBOX]
This crazy movie far from realism, is the opportunity for a new meeting between Isabelle Huppert and Serge Bozon. The star, awarded in 2017 by a Golden Globe and a César for her role in “Elle” Paul Verhoeven, had already shot under the direction of the director five years ago in the highly unclassifiable “Tip Top”, in which she embodied an inspector of police with Sandrine Kiberlain.

This time, the French actress is Madame Géquil, bad teacher unsure of her in a suburban high school to the colorful headmaster (Romain Duris), married to a homemaker (José Garcia). One day, struck down during an experiment in her laboratory, she will feel a new energy in her, which will allow her to finally transmit her knowledge to her students, and especially to one of them.

“A film about education and the transmission of knowledge”, according to Bozon

The idea of ​​the film, which transposes Stevenson’s book into the feminine and into the world of school, was first born in the spirit of the co-writer of the film Axelle Ropert. “What seemed interesting to me was the film about education whose heroine is a teacher in check, and failed since the beginning of his career,” said Serge Bozon.
“We needed the fantastic to get it to something other than its eternal failure”, adds the director, for whom “the film is perhaps at the crossroads of different genres, but at the same time it is finally very focused on a only one question, that of education “and the transmission of knowledge.

The actress as we see it rarely, as a fearful woman

The 45-year-old director also said he found “interesting to look at Isabelle Huppert a dimension she had never explored”. “She usually plays strong, assertive characters, which goes with the question of authority, of violence.There is the opposite: she plays a very weak character at first, completely cowardly, fearful, who lives in the shadow of his permanent failure, “he analyzes.
The fantasy of the film, far from all realism and with stylized characters and outraged, also allows him to be “more frontal”, he analyzes. “The refusal of realism for me, it is what allows to go to the essential”.

Due out later this November is Rachel Lang’s debut film about a dejected young Frenchwoman co-opted to help with some bathroom remodeling for her grandma. The “Baden, Baden”movie trailer looks very funny. Check out the FrenchCulture.org review below [ – Pas De Merde – ]

Like many in her generation, 26 year-old, free-spirited Ana lives a life teetering on the edge of comedy and melodrama. After a failed experience working on a film set, she returns to her hometown and decides to focus her energy on renovating the bathroom of her spunky, aging grandmother. Over the course of a scorching summer, Ana finds herself connecting and reconnecting with lovers and friends, as her (self-)improvement project gradually becomes more than she bargained for.

The Dinard Festival of British Film may not be France’s most prestigious movie destination, but it’s a great place to watch some indie films and rub shoulders with up-and-coming British acting talent.