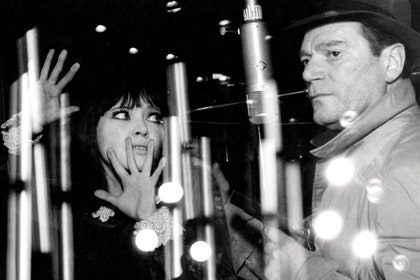 END_OF_DOCUMENT_TOKEN_TO_BE_REPLACED

In 2015, they had created a buzz by posting videos of recovery worldwide hits, and had been seen by some Lady Gaga …

Since this buzz, Lucille and Samuel Atchouel, now from Toulouse but from the Hautes-Pyrénées, now aged 22 and 20, have come a long way … “In 2015, we had an important meeting, Richard Seff, who was the producer of Francis Cabrel and many others. He was seduced by one of the small clips that we made and, although he moved on, he wanted to get back to produce us, provided that we start thoroughly. That’s what we did, we worked every day, on music, texts, models … We finalized 5 titles, Richard Seff made them pass to Valery Zeitoun, the former boss of Universal Music who has set up his own label, My Way Management. And he offered us a contract, he is our producer, and we are now distributed by Sony Music. “

Their first single is available recently, on all platforms. “The title is called” Old Hollywood “and it pays tribute to American cinema in the 50s and 60s. “In fact, we find in the clip (directed by Fabrice Begotti, a size in the genre) full of references to cult movies, as 7 years of reflection with Marilyn, or Roman Holidays with Audrey Hepburn …” We like this universe, “say the artists, who sing tart melodies, in tune with the times, with just the right amount of glamor.

Source: The Bigourdans of the Stairs group do not stop climbing the steps of success – ladepeche.fr

Selected from 18,000 aspiring actresses at age 17, Ms. Seberg made her acting debut in Otto Preminger’s 1957 “Saint Joan.” She starred in the Hollywood films “Lilith,” “Paint Your Wagon” and the blockbuster “Airport,” among others. She is best known for director Jean-Luc Godard’s groundbreaking French New Wave film “Breathless.”The actress and her legacy will be honored today in a proclamation signed by Iowa Gov. Terry Branstad at the State Capitol. Ms. Seberg’s family will be in attendance, as will the documentary filmmakers.

The “Sanctuary!” scene from the classic 1939 version of Victor Hugo’s “Hunchback of Notre Dame,” starring Charles Laughton as Quasimodo and Maureen O’Hara as Esmeralda.

“Hunchback” was the only movie screened at the very first Cannes Film Festival, as the remainder of the festival was cancelled when Adolf Hitler invaded Poland on September 1st, 1939. The bell-ringing scene was Laughton’s response to impending war. The actor later said he rang the bells actually wanting “to arouse the (real) world, to stop that terrible butchery!”

“It is absurd to speak of Laughton’s Quasimodo as a great performance, as if that were some quantifiable assessment. It is acting at its greatest; it is Laughton at his greatest; it is a cornerstone of this century’s dramatic achievement; it is a yardstick for all acting.”
– SIMON CALLOW, NY Times 1988