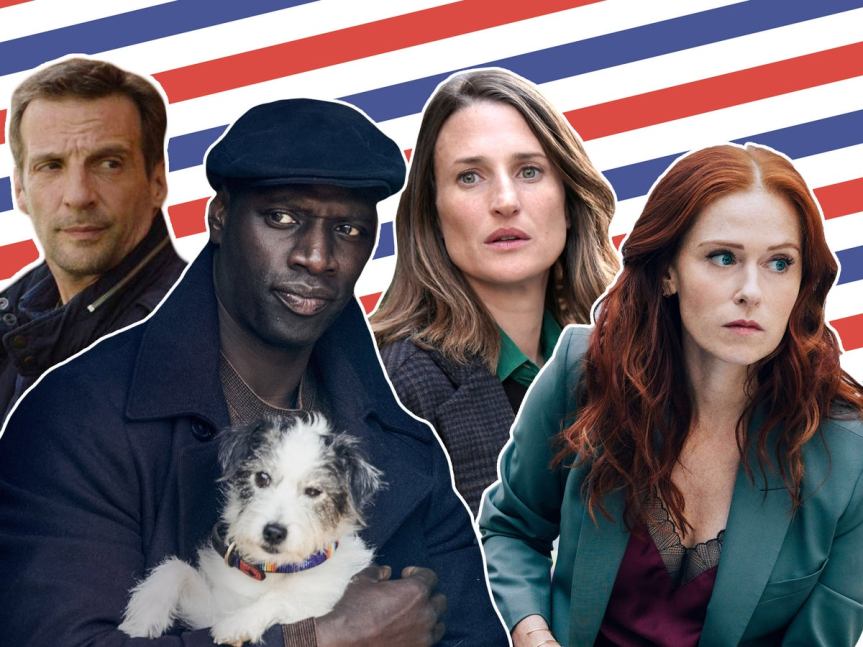 The most upsetting development in TV this year has not been the BBC’s Olympic coverage, hard as it has been to be deprived of 24-hour kayaking. Nor was it the ending of Line of Duty, with its ominous implication that the series might run forever without ever finding the last of the bent coppers. Or Emily in Paris being nominated for the “Best Comedy” Emmy.

No, the only truly blood-curdling realisation has been that the French are making better TV than us. Probably the best comedy of the past few years is Call My Agent, which stars Camille Cottin as a talent agent forced to dig her stars, played by real-life actors, out of increasingly ridiculous scrapes while managing their own chaotic personal lives. It is French.

Definitely the best thriller of the past few years is The Bureau – in its home nation Le Bureau des Legendes – a gripping spy drama in which characters roam around the world protecting national interests while managing their own chaotic personal lives. In its depiction of technology, double-crossing and harsh realpolitik of modern espionage, it is closer to the spirit of Le Carré than anything we have managed lately, including adaptations of Le Carré. It is also French.

Then there’s Lupin, Netflix’s slickly enjoyable crime caper starring the magnetic Omar Sy as a gentleman thief, based on Maurice Leblanc’s classic novels, which reached 70 million households worldwide. And Missions, the French drama about a mission to Mars, which over two seasons of surprisingly short half-hour episodes has evolved into something far more complex and subtle than it seemed at the start. Not forgetting Spiral, which concluded on BBC Four earlier this year after 15 years. As the vineyards of Sussex and Hampshire start to produce drinkable sparkling wine, the French are serving up credible police shows and comedies that are actually funny. The land of Godard and Truffaut has no problem with films, but until recently seems to have struggled conceptually with the small screen. As one French pal put it, “You would not believe the crap we had to put up with.”

What’s going on? From Midsomer Murders and Top Gear to Peppa Pig, telly was meant to be one of the great British cultural exports. I thought there was a kind of unspoken agreement. We would leave the Europeans to their opera, theatre, poetry, novels and three-hour films about dementia. In return, we do the TV, pop music and Potter. Instead, here we find ourselves not only pleased to see the tanks on our lawn, but we’re inviting the drivers in for a cup of tea. END_OF_DOCUMENT_TOKEN_TO_BE_REPLACED 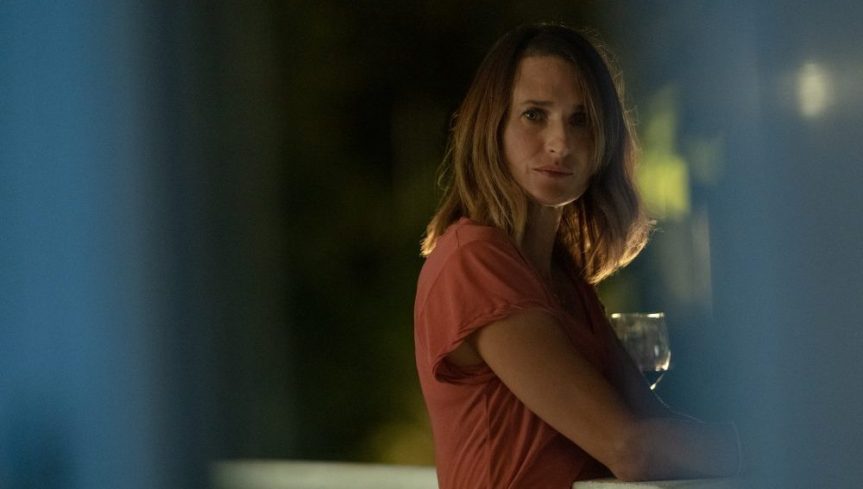 Camille Cottin is having quite a year. As more and more folks locked at home tuned into Call My Agent! (Dix pour cent), the Netflix series in which she stars, her profile has risen internationally. The comedy-drama about the trials and tribulations of a Parisian talent agency already had helped her score jobs in Hollywood films pre-pandemic, and now she’s definitely someone to keep an eye on as she continues to build an enviable cross-border résumé.

The Paris native, who spent ages 12 to 17 living in London when her family moved for her stepdad’s job, is appearing in two films in Cannes this year including Directors’ Fortnight closing title Our Men (Mon légionnaire) by Rachel Lang, and Tom McCarthy’s out-of competition drama Stillwater.

Both of those films tackle serious subject matter (more on that later), which may seem out of character for an actress who broke out locally in the Canal+ hidden-camera sketch series Connasse (literally translated: Bitch) in which she inserted herself into daily life situations and turned the tables on unsuspecting Parisians (one notorious episode featured her making penis shaped balloon animals at a children’s birthday party). Connasse spawned a feature film in 2015, The Parisian Bitch, Princess of Hearts, also a hidden-camera comedy, which saw her travel to London in an attempt to marry Prince Harry.

Cottin got her initial start in the theater, while also studying English, and did everything from the comedies of Feydeau to Bulgakov’s The Master and Margarita. Though she also played the antagonist in Season 3 of BBC drama Killing Eve, many of her French film roles have been in comedies. Unsurprisingly, Cottin prefers not to be defined by genre. “I think comedy, like drama, can elicit emotion,” she says. “That’s what I’m looking for. For me, it’s about rhythm. I see comedy like accelerated drama. Chaplin is dramatic, but it goes so fast that we laugh at it.”

Call My Agent! straddles both worlds, just as Cottin is doing in her career. Her character, the tightly-wound Andrea, she says, “is not a funny person; it’s super rare that she laughs. She’s always concentrated, always stressed. She spends her life trying to solve problems. It’s really the situations that are funny and she’s always getting tripped up. I try to keep a small distance where we know we are playing, that’s also part of comedy, so it’s a miniscule bit of complicity with the audience. We fully embrace the situations which are sometimes dramatic, but it’s also the way they are treated that makes comedy.”

END_OF_DOCUMENT_TOKEN_TO_BE_REPLACED

Gutsy and utterly shameless, meet the queen of provocation who burst through the small screen, all guns blazing.

Long before she conquered the box office, Camille Cottin packed a punch as TV’s most fearless, and reviled, provocatrice; thanks to her irreverent breakthrough sketch show Connasse. No wonder. Armed with a hidden camera, the ballsy comédienne blazed through Paris, under the guise of her obnoxious alter-ego Camilla, dolling out insults, incensing taxi drivers, taunting joggers and ruffling paper-pushers.

But Cottin truly came into her own in 2015, when she brazenly clambered on the gates of Kensington Palace (unhurried bobbies eventually dragged the baying thesp down), only to later burst through the Changing of the Guard as a crew secretly filmed her antics for cringe-worthy spin-off movie Connasse, Princesse des coeurs; this time charting Camilla’s efforts to hunt down and marry Prince Harry. She spent two days in jail for the privilege.

Stoically facing the gaol not to break character on her illicit spree was the game-changer which propelled the loose canon overnight from fringe comic to bona fide star. Since her spell as the rabble-rouser, she has become the darling of French cinema, totting up a string of (relatively conservative) roles, including a remote social worker in Cigarettes et Chocolat Chaud and feisty gay impresario in Cédric Klapisch’s hit series Dix Pour Cent. Her cheek even nabbed her a coveted part in Allied opposite Brad Pitt. Worth every mortifying second behind bars, surely…

10-Second CV: A screen star’s life in one take

Early career: After graduating, she made ends meet as a secondary school English teacher while taking acting lessons. She eventually joined a high- profile troupe in 2009. She enjoyed her first taste of fame in 2013, when she was cast as loudmouth Camilla in sketch show Connasse.

I know the face… She appeared as Monique in World War Two romantic thriller Allied alongside Hollywood royalty Brad Pitt and Marion Cotillard.

Where will we see her next? She currently stars as Juliette Binoche’s iron-willed daughter in awards-tipped comedy Telle mère, telle fille. The second series of her hit show Dix Pour Cent is currently airing in France. It’ll be available on Netflix soon.

C’est pas vrai! She feared police would arrest her before she’d even reached the gates of Kensington Palace, ruining Connasse’s pivotal scene. She needn’t have worried. It took an age for guards to notice the baying woman hanging on for dear life.

The final season of the hit French show is now on Netflix.

If there’s been one unexpected hit during a time when our main activity is Netflix and, well, more Netflix, it’s Call My Agent!

The French television show set at a Parisian talent agency has been a lighthearted salve thanks to its razor sharp depictions of the relationships between stars and their agents—not to mention the added charm of Paris as its backdrop. It’s fourth and final season is now available to stream here in the U.S. and comes complete with cameos from big names like Charlotte Gainsbourg and Sigourney Weaver, as well as the usual competitive antics we’ve come to expect from its beloved cast. We caught up with Camille Cottin, who plays the incomparable Andréa Martel, to talk about the challenges her character faces, Parisian clichés, and what she has missed most about the city during lockdown.

The show launched in France in 2015 but it really only landed on most American’s radars this past year. How do you think it’s been received by the different audiences?

It’s difficult to have popular and critical success at the same time, but that is what happened in France, and it’s funny to see all this interest starting again now. I just read an article in the New York Times saying that what makes the show interesting is [the way] it talks about the industry. Previously, the industry was always shown as cynical, and this is a tender show. There’s humor, there’s satire, we make fun of the people we’re depicting, but at the same time, there’s love, big love for cinema, big love for actors, big love for the people of the industry.

The producers [told me] they were quite surprised that it had an international echo, though, because it only talks about French actors. But it really depicts a star: the selfie star, or the nervous star, or the jealous star. Plus, the [agency] is like a family, they are all figures with whom you can identify with—and their [dynamics] of power, competition, and jealousy. The problems they deal with are human ones.

Paris, of course, is the backdrop to those relationships. What have been some of your favorite locations to film in?

Well, I loved the flat they gave [Andréa], which is twice the size of mine! But one true favorite is the scene at the end of season one: [My character] just got dumped and I feel lonely and sad, walking along that very famous bridge,

END_OF_DOCUMENT_TOKEN_TO_BE_REPLACED

A publishing phenomenon sends two of France’s most popular comic actors on an improvised investigation in Brittany in “The Mystery of Henri Pick”. Film critic Lisa Nesselson tells us why Fabrice Luchini and Camille Cottin manage to pull off an entertaining performance in this adaptation of David Foenkinos’s successful novel.