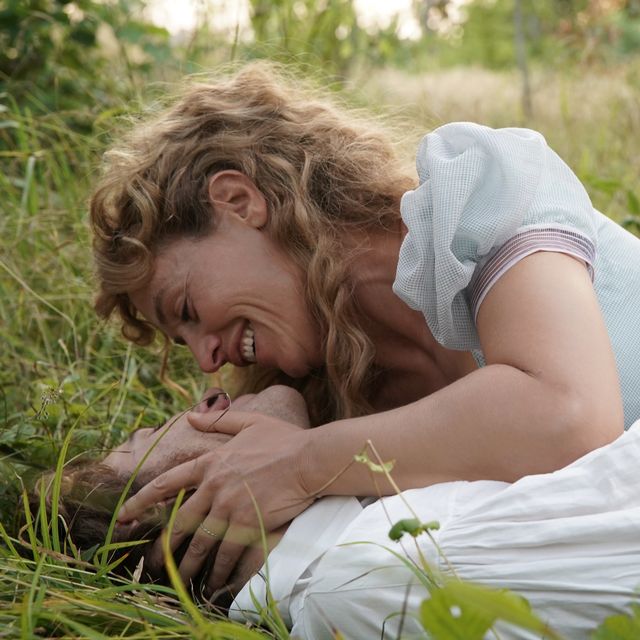 The actress Cécile de France was recently at the Zurich Film Festival to defend ‘”Lost Illusions”, a film adapted from Balzac’s river story. This historical drama unfolds the disillusioned fate of Lucien de Rubempré, a provincial who moved to Paris to become a writer.

Lucien de Rubempré (formidable Benjamin Voisin) is a young poet unknown in 19th century France. He has high hopes and wants to forge a destiny. He left the family printing press in his native province to try his luck in Paris on the arm of his protectress, Louise de Bargeton (Cécile de France). Soon delivered to himself in the fabulous city, the young man will discover the backstage of a world doomed to the law of profit and pretense.

“Lost Illusions”, a tale in the form of a triptych, was considered by Balzac as a major element of his great work, “The Human Comedy”. Inspired to the writer by his own experience in the field of printing, the book recounts the greatness and glory of his hero before his downfall.

Capitalism, unscrupulous journalists, traitors and mercantilism are strong ingredients of the story that has nothing to envy of the contemporary era. “Balzac was a visionary,” Cécile de France told RTS at the Zurich Film Festival. In fact, social networks are just missing to embody 2021. “But even at the time, we listened to the one who spoke the loudest,” adds Benjamin Voisin, who plays a very convincing Lucien de Rubempré.

The director of the film, Xavier Giannoli (“When I was a singer”, “Marguerite”), shot as close as possible to the places where the story took place as Balzac wrote it. And it feels. The meticulous and personalized costumes down to the smallest detail, the redeveloped streets of Paris in the 1920s, the theaters recreated from scratch, everything contributes to making the film a success in terms of aesthetics and restoring the atmosphere of the time. “We, the actors, are like children. We like to dress up and have fun. During the filming, everything was very probable and it was magical, we were amazed and that obviously helped us to play our characters”, explains Cecile from France.

The film was shot in 2019, long before the coronavirus pandemic. “I was lucky to be able to be present on the set every day. It was an extraordinary pleasure to see all these people around me passionate about this project,” says Benjamin Voisin. An initiatory journey from purity to degradation, Xavier Giannoli’s film magnifies its actors, whom he loves passionately. “He seeks beauty in each of us, despite the darkness of the film,” continues Cécile de France.

“Lost Illusions” is served by a five-star cast: Gérard Depardieu, Xavier Dolan, Jeanne Balibar, Vincent Lacoste, the late Jean-François Stévenin and Louis-Do de Lencquesaing appear on the film poster. “Being surrounded by such a band is a great gift for life”, concludes Benjamin Voisin.

“Lost Illusions”, by Xavier Giannoli, to be discovered from October 20 on French-speaking screens.