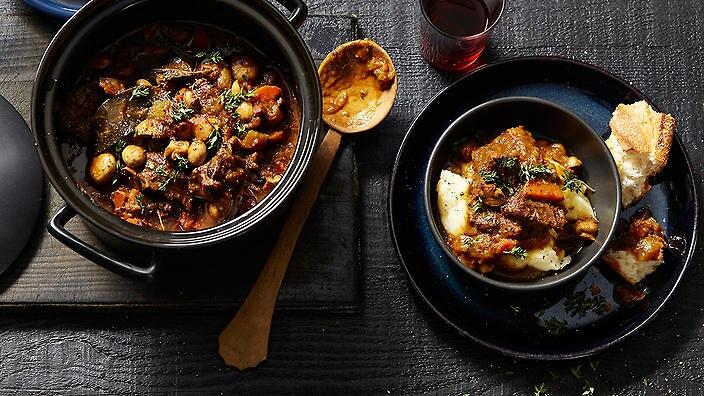 “No matter what social class you belong to, you sit down for lunch in France”

But French-Australian chef Guillaume Brahimi says these ways aren’t a part of the diet that he knows. Instead, he thinks the French’s healthy habits include honouring meals and slowing down to savour food.

Lunch, a meal that here in Australia we expect to be quick and easy to devour, is a leisurely, planned affair in France. Often a French family will gather to cook something and take the time out of their day to eat. “No matter what social class you belong to, you sit down for lunch in France,” says Brahimi.

Part of this respect for meal times comes from the esteem that the French place on food. Branavie Ranjithakumaran, a Melbourne-based dietitian, says that the way they regard food differs from other parts of the West, where there’s an underlying fear about the damage food may cause to the body.

Ranjithakumaran says, “[In France], there is emphasis placed on the social and psychological aspects that come along with the food. It’s not enough to consume it in a short period of time. It’s a real point in the day to stop, slow down, and be mindful, then be able to reset for the rest of the day.”

Brahimi adds that when French people eat breakfast, they chat about the beef bourguignon and crème caramel they ate the previous evening and discuss what they might have for lunch. Food is spoken about as a treasured friend instead of something to micromanage.

He also says the French are good at eating in moderation. “We may eat cheese every day, but not the whole wheel of it.”

He also says a typical evening is not just focused on dinner and often involves exercise or recreational activities. “A classic French family would go home after work, have dinner at 9pm, then go to an art gallery or theatre,” he says.

“I cook French food at home with good quality Australian produce, which is exciting for me.”

While Brahimi isn’t in France right now to do these things with his own family, he connects with the culture by reading French novels and listening to French music. The bygone tunes of the 60s, 70s, and 80s, which his parents used to play at home, are the soundtracks of his childhood. “I also cook French food at home with good quality Australian produce, which is exciting for me.”

Brahimi is a big believer in cooking with produce that’s both high quality and in season. “The French eat lamb and asparagus in spring, mushrooms in autumn, stone fruit in summer, for example.”

In fact, fresh fruits and vegetables feature regularly in their diet, he explains. In France, people often visit markets for fresh, seasonal produce, which is also usually more affordable.