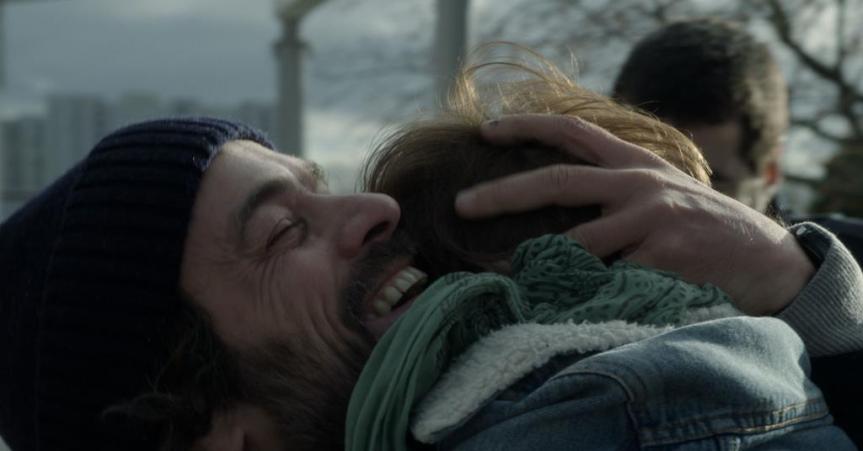 Romain Duris is the factory worker struggling to balance his responsibilities

A hardworking husband and father with solid social convictions and major responsibilities on the floor of a gargantuan dispatching warehouse in provincial France is obliged to recalibrate every corner of his life after an abrupt change at home in Our Struggles (Nos Batailles).

A thoughtfully structured indictment of the creeping precariousness of steady work and exploration of the balancing act of a man suddenly left entirely in charge of his two young children, this modest but convincing film benefits from a fine ensemble cast and a committed central performance by Romain Duris.

Trendy articles praise the concept of “disruption” and bow down before the supposed value that “disruptors” lend to the marketplace, but most people probably have a soft spot for stability in their work and home lives. One such man, Olivier (Duris), is about to get thrown for a loop he could definitely have done without.

There’s not an overabundance of “human” qualities in Agathe (Sarah Le Picard) from Human Resources when she tells Olivier that one of the older workers under his supervision can’t keep up the pace anymore. Olivier defends the man in question, but the employee’s contract isn’t renewed and bad things result.

Union members, including energetic firecracker Claire (Laure Calamy) put a strength-in-numbers spin on matters but they have minimal leverage to improve their working conditions. When Olivier asks Agathe to look out over the frighteningly huge facility to see how many employees are obliged to work in coats and hats due to the lack of heat, Agathe tells Olivier that “It’s cold outside, too, if you get my drift.”

Olivier’s wife Laura (Lucie Debay) works in a dress shop and is an attentive mom to their two kids Elliot and Rose (Basile Grunberger and Lena Girard Voss, endearingly natural.) Olivier couldn’t be more stunned when he gets a call at work to come pick up his kids from school. Her colleague at the dress shop doesn’t know where Laura is. Nobody does.

Olivier’s mother helps out as does his ebullient sister Betty (Laetitia Dosch). But these are stop-gap measures. Olivier is suddenly confronted with the fact that kids need food and clothes and a reliable structure.

Some might say that Ken Loach or the Dardennes do this sort of thing better but co-writer/director Guillaume Senez (Keeper) stakes a legitimate claim to his chosen narrative territory. In the ongoing search for equality it’s worth noting that men on screen don’t get dumped and left to cope as single parents anywhere near as often as female characters do. This relative novelty, and the realisation that Olivier was able to be so involved in fighting injustice at work because his wife was holding things together at home, is what makes his engagingly presented learning curve so rewarding to watch.