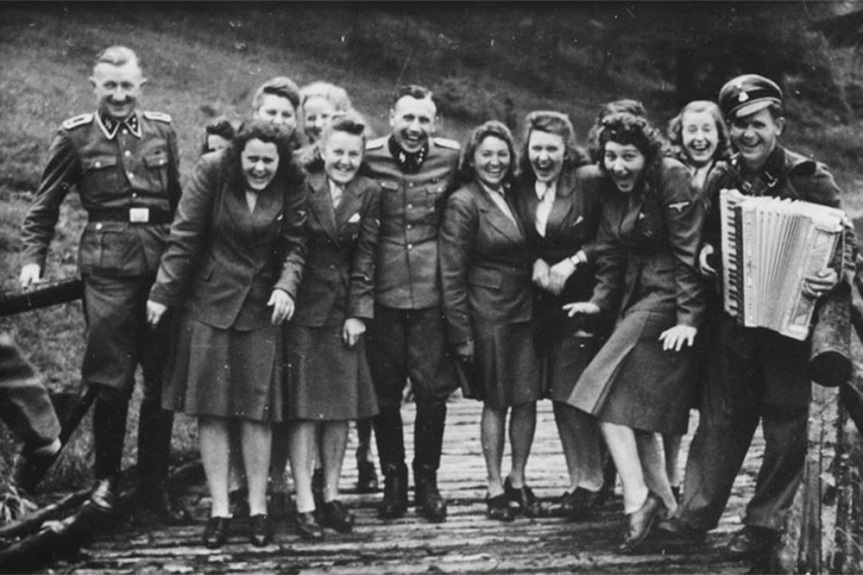 The photos show the officers of the Auschwitz relaxing and enjoying themselves, as countless people were being murdered and cremated at the death camp.

These photos were taken between May and December 1944, and they show the officers and guards of the Auschwitz relaxing and enjoying themselves — as countless people were being murdered and cremated at the nearby death camp. In some of the photos, SS officers can be seen singing. In others they are hunting and in another a man can be seen decorating a Christmas tree in what could only be described as a holiday in hell. The album also contains eight photos of Josef Mengele — some of the very few existing snapshots taken of the concentration camp’s notorious doctor during the time he spent there.

The images are significant because there are few photos available today of the “social life” of the SS officers who were responsible for the mass murder at Auschwitz. These are the first leisure time photos of the concentration camp’s SS officers to be discovered, though similar images do exist for other camps, including Sachsenhausen, Dachau and Buchenwald.

The album belonged to Karl Höcker, the adjutant to the final camp commandant at Auschwitz, Richard Baer. Höcker took the pictures as personal keepsakes. Prior to its liberation by the Allies, Höcker fled Auschwitz. After the war, he worked for years, unrecognized, in a bank. But in 1963 he was forced to answer to charges for his role at Auschwitz at a trial in Frankfurt. In his closing words in the trial, Höcker claimed: “I had no possibility in any way to influence the events and I neither wanted them to happen nor took part in them. I didn’t harm anyone and no one died at Auschwitz because of me”. In the end, though, he was convicted on charges of aiding and abetting the murders of 1,000 Jews and was sentenced to seven years in prison. He was released after serving five years. In 2000, he died at the age of 88.

The photos were made public by the United States National Holocaust Museum in Washington. The museum obtained the photos from a retired US Army intelligence officer, who came across the album in an apartment in Frankfurt and has now given them to the museum. “These unique photographs vividly illustrate the contented world they enjoyed while overseeing a world of unimaginable suffering”, museum director Sara Bloomfield said in a statement. “They offer an important perspective on the psychology of those perpetrating genocide”. The director of the museum’s photographic reference collection, Judith Cohen, said there are no photos depicting anything abhorrent, “and that’s precisely what makes them so horrible”. 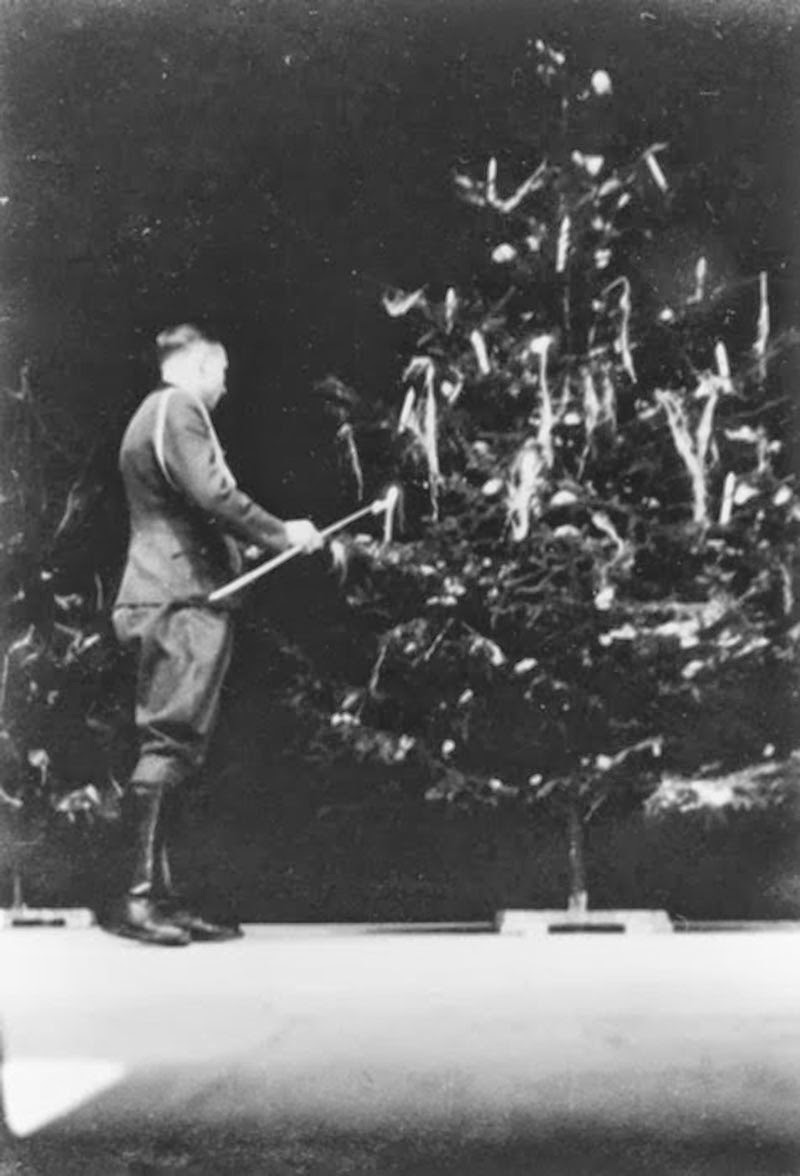 Christmas 1944: Karl Höcker lights the candles of a Christmas tree.

See all photos at: Laughing at Auschwitz – SS auxiliaries poses at a resort for Auschwitz personnel, 1942 – Rare Historical Photos

One thought on “Laughing at Auschwitz – SS auxiliaries poses at a resort for Auschwitz personnel, 1942”