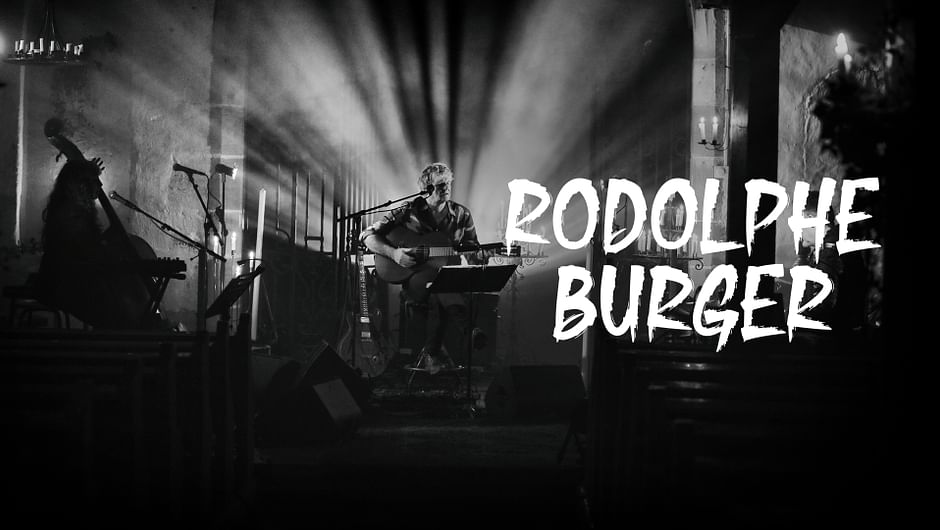 In the intimate atmosphere of the Saint-Pierre-sur-l’Hâte Chapel nestled in the Alsatian massif, Rodolphe Burger gave on November 14, 2020 the first concert of his “Environs” tour. Accompanied by the double bass player and singer Sarah Murcia and the drummer Christophe Calpini, he elegantly leads this musical and poetic stroll where you take your time. Candles, neon lights, romantic texts and electric riffs form an extraordinary liturgy: we let ourselves be captivated by the songs composed by Burger, who with this 8th album, invites you to take other tracks.

There “for the pleasure of singing”, the actress Jeanne Balibar, surprise guest of the concert, performs two titles from her album Paramour produced in 2003 by Rodolphe Burger. She believes that the live performance by interposed screen at least allows people “to have access to the arts that they love despite the current circumstances, even if it is better with an audience”.

Founder of the group Kat Onoma, Rodolphe Burger has also distinguished himself thanks to a solo career through his label Dernier Bande and Compagnie Rodolphe Burger. Rich in his many collaborations (Jacques Higelin, Alain Bashung, Christophe, Rachid Taha …), he is also the founder in 2000 of the festival “C’est dans la Vallée”.