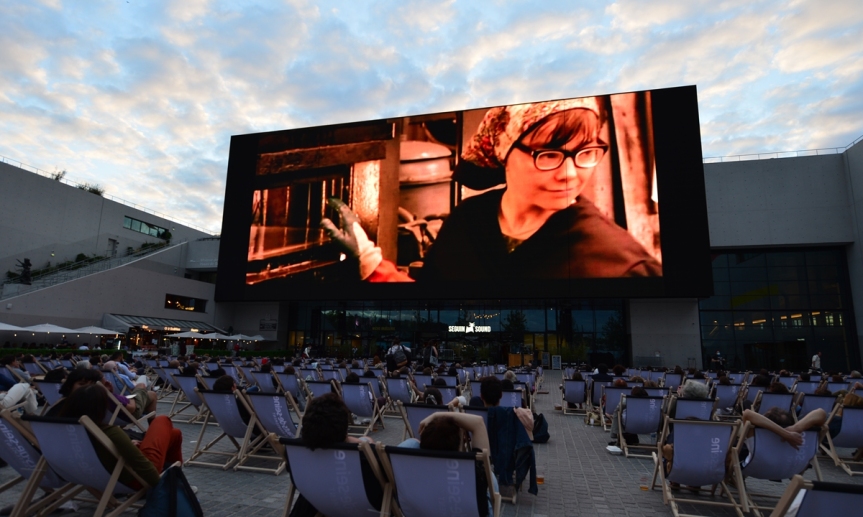 “I am sick of Netflix. I am sick of an algorithm serving me up the same old thing,” said Anne-Sophie Duchamp as she put on her face mask to enter an arthouse cinema on Paris’ Left Bank.

“We’ve been stuck at home for months” because of the lockdown, she added, as she bought her ticket to see British director Mike Leigh’s  acerbic 1988 comedy, High Hopes.

“Why should I stay at home any longer when in Paris you can find a whole century of masterpieces showing in little cinemas every day.”

While cinema audiences across the world have been reluctant to venture back into the dark, not for the first time the French were seen as something of an exception.

As one of the most cinephile countries in the world, filmmakers and cinema owners have been counting on the French love affair with the silver screen to help save their skins.

Duchamp, who is in her 40s, insisted that going to a socially distanced cinema was “no more dangerous than going to the supermarket.”

A poll late in June just before cinemas reopened after an eight-week lockdown showed that 18.7 million people – almost a third of the population – planned to go to see a film in August.

But the reality has turned out to be rather more disappointing for cinemas, who are only allowed to be half full, with a free seat either side of each filmgoer.

With Hollywood delaying the release of blockbusters like Tom Cruise’s Top Gun 2 and Wonder Woman 1984 that would normally drive summer ticket sales, multiplexes in particular are suffering.

There was a further blow Thursday when Christopher Nolan’s spy drama Tenet was put back for a third time by Warner Brothers until August 12.

“It is much tougher than we imagined,” said Aurelie Delage, manager of the six-screen Cinemascop Megarama at Garat in western France.

It is so grim in fact that “I am not looking at figures,” she told AFP.

Only small art house cinemas seemed to be bucking the trend, although there was some good news Wednesday as weekly admissions broke the 1 million mark for the first time since the end of the lockdown, helped by the success of the French comedy Divorce Club.

Encouraging as the 13 percent week-on-week rise was, it is still only a third of the business cinemas were doing this time in 2019.

“People have been stuck inside during the lockdown and now they want to be out in the air, on a bar or restaurant terrace when the weather is good,” Delage argued.

Yet the French have been far more enthusiastic than their neighbors, with German cinema entries down to just 17 percent of normal levels and the situation in Spain even more catastrophic at just 13 percent.

Only the Dutch have been as phlegmatic, according to a study by Comscore.

This has given hope to independent filmmakers who see a chance of stepping into the gap, insisting that the public are hungry for new movies.

US director Michael Covino will release his cycling bromance The Climb, a big hit at 2019’s Cannes film festival, in France next week, having resisted the temptation to put it out on a streaming service.

“The best place to see a comedy is in a cinema with other people,” he said.

Some half a million people have flocked to see him take a hammer to racial stereotypes in a fortnight.

French actor-director Mathieu Kassovitz – who has a walk-on role in the comedy – is also going ahead with the 25th anniversary of the re-release of his classic, La Haine, with race and police violence once again in the spotlight.

Kassovitz is convinced there is pent-up demand “to go out to see films.”

“That is why there is a quite a lot of re-releases this summer to rekindle that desire,” he told AFP.

But what cinema owners across Europe really want, said Marc-Olivier Sebbag of the French Cinemas Federation, is for the big Hollywood studios to start releasing their new movies in Europe without waiting for cinemas on the other side of the Altantic to reopen.

“I hope we will be listened to,” he added.

In the meantime Hugo Benamozig, co-director of the French adventure flick send-up, Terrible Jungle, starring Catherine Deneuve, is gung-ho about its release next week.

If they waited till after the summer, “our film might be drowned” by the dam-bust of US blockbusters which have been held back by the coronavirus, he said.