Visit the places that come alive in the pages of France’s best loved novels and poetry.

We need not congratulate the French any further on their abilities to make winningly bad pop music, always look good in Breton striped shirts and retire at the age of 52. Far less heralded is how the best French authors have managed to imbue their places of origin into their greatest works in ways that just beg for further exploration. Whether your urge, after reading Madame Bovary, is to seek out the provinces of France that Emma dreamed of fleeing from or whether you desire a night in the bawdy bars depicted by Balzac after reading A Harlot High And Low, here are five of the greatest French literary home towns. 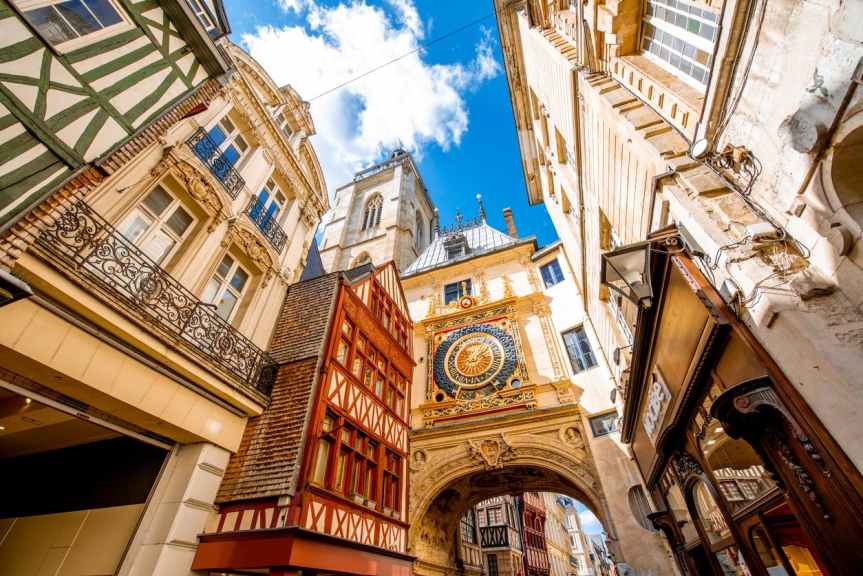 Half-timbered houses lining the banks of the Seine, a towering Gothic church and bijou brasseries; the hometown of Gustav Flaubert plays a starring role in Madame Bovary where bored Emma meets Leon the lawyer inside the cathedral before embarking on a very carnal cab ride around the town and surrounding countryside, a passage which put Flaubert himself in the dock for an obscenity trial which he won. Heavily damaged during World War II, the town today is home to the Museum of Flaubert, a gallery where you can see images of the hospital where his surgeon father worked and the room in which Gustav was born.

More evocative is the Flaubert Pavilion in the small town of Canteleu, about 15 minutes’ drive outside the town. This is the only part of the house  where Flaubert worked and lived for around 15 years that is still standing, and it’s full of miscellaneous writing equipment, engravings and drawings that all belonged to the great chronicler of petit bourgeoisie frustrations.

The Machines Of The Island Of Nantes, France

The father of science fiction would, one would assume, not be too surprised where he to return to Nantes today to see a giant mechanical elephant parading around an industrial wasteland. That is exactly how Jules Verne’s legacy has manifested in the form of ‘The Machines Of The Island Of Nantes’. Located in the middle of the Loire river the 39 foot high elephant (which you can take a ride on top of as it moves around the island) has recently been joined by an immense carousel which visitors can move about amidst a ballet of aquatic animals.

Stay the night in Le Plateau Jules Verne, a collection of Verne themed suites. The De la Terre à la Lune (From the Earth to the Moon) is a delight with a spaceship style sleeping bunks for kids and a stone cellar lined with cabinets filled with ephemera inspired by his books.

The largest city in the Centre-Val de Loire region was strangely modest about its status as the birthplace of one of the founders of the 18th century realist movement in literature until very recently. Balzac’s novels may be full with the noise of rowdy Parisian hotel bars and raconteurs bickering in cafes but the man himself was raised in a typically bourgeoisie household with distant parents who packed him off to live with a wet-nurse as an infant for four years.

Despite this far from loving upbringing Tours was a town he returned to again and again, describing it once as “amorous, buxom, blooming”; the town, and its Gothic Cathedral Saint-Gatien, the Abbaye de Marmoutier, and the grandiose Pont Wilson bridge are mentioned in more than 40 of his works. The most atmospheric spot of all is the Hotel du Theatre. Located opposite the opera house this is the intimate spot (called Pension Le Guay in Balzac’s time) where young Honore learned to read and write between the ages of five and eight. The hotel today has a dedicated Balzac nook where you can sip coffee (Balzac drank up to 50 cups a day) and get cracking on Le Comedie humaine. 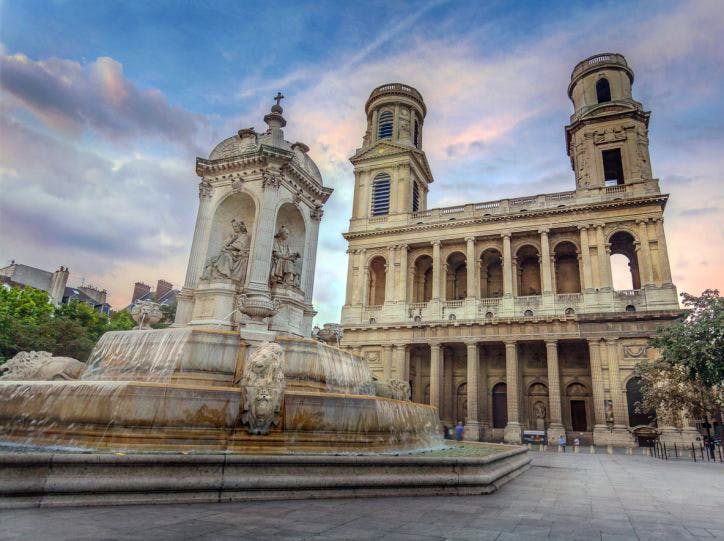 The Church of Saint-Sulpice and Fountain in Paris, France

There may not be quite so many Gauloises smokers and there are definitely fewer black polo necks on display but the outdoor tables at Café de Flore on the Parisian Left Bank still exude a bohemian air. This is where Jean Paul Sartre, along with his partner Simone de Beauvoir and a motley crew of the city’s intellectual elite would discuss essence, existence and (possibly) the larcenous price of a café au lait in this defiantly unchanging café- still with the Formica and nicotine stained wood interiors that the existentialist thinkers would have known.

From here it’s a five minute walk to place Saint-Sulpice,  home to Cafe de la Mairie.  This was where Sartre and Albert Camus would regularly meet during their tenures working on the radical left-wing newspaper Combat. It’s also known as the last place they met, a fierce argument in 1951 resulted in the two of them never speaking again. Over in Montparnasse Cemetery lies Sartre’s final resting place. Despite numerous infidelities and fallings out, Sartre and de Beauvoir were buried together (Simone died in 1986, six year after Sartre). You can find their modest grave by picking up a free map from the warden’s hut. The faded sandstone grave does usually have some brash licks of colour on it; lipstick marks from those who kiss the headstone. Hell is other people indeed. 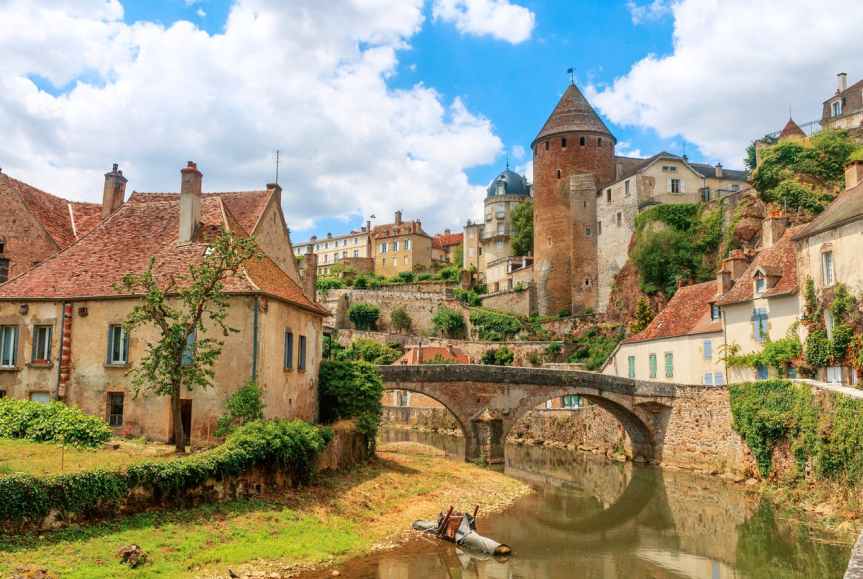 “My house remains for me what it always was, a relic, a burrow, a citadel, the museum of my youth”, wrote the grande dame of French letters back in 1907. Colette’s famously acute vanity and high self-regard suggests she would be delighted by the meticulous retro-fitting of her childhood home in Saint-Sauveur-en-Puisaye, 100 miles from Paris, into how it would have looked during her time there.

Away from the salon style furnishings of the house (think pianos, oil lamps and acres of terracotta and marble) the village, in the departement of Burgundy, L’Yonne, is also home to the Musee Colette. Housed in an ancient chateau and opened by her only child Colette de Jouvenel in the 1990s, the rooms are full to the brim with photos of Colette and her family. Around 100km east in the pretty town of Saulieu Colette’s favourite restaurant is still in business.  Called L’Hostellerie de la Côte in her time, the name may have changed to Relais Bernard Loiseau but the lusty Burgundian dishes of frogs legs and hazelnut liqueur soufflé are as rich and robust as she would have remembered