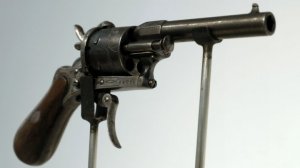 Enough seen. The vision has been encountered in all skies.

Enough had. Sounds of cities, in the evening, and in sunlight, and always.

Enough known. The stations of life. — O Sounds and Visions!

Departure amid new noise and affection!