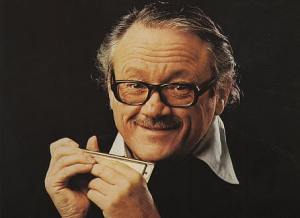 Jean-Baptiste Frédéric Isidor, Baron Thielemans “Toots” Thielemans, was a Belgian and American jazz musician.
Toots was known for his harmonica playing, as well as his guitar, whistling skills, and composing. According to jazz historian Ted Gioia, his most important contribution was in “championing the humble harmonica”, which Thielemans made into a “legitimate voice in jazz”.He eventually became the “preeminent” jazz harmonica player – Wkipedia