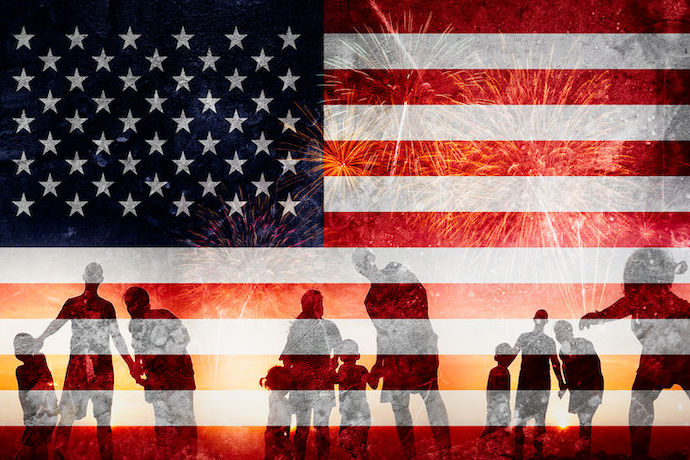 As the United States prepares for the end of a nightmarish one-term presidency that seemed to drag on forever, Americans continue to unpack the January 6 insurrection that now even soon-to-be Senate Minority Leader Mitch McConnell admits was “provoked” by President Donald Trump. On January 16, NBC political analyst Mehdi Hasan tweeted, “#whereweretheyradicalized is a question we’re going to be asking of GOP lawmakers at federal and state/local levels for many, many years to come, sadly,” adding that the answer would lie primarily in “a combo of Fox/OANN/Newsmax and Facebook.”

As I like to say, however, the Christian Right has been doing “alternative facts” since before it was cool. It would be remiss of us to approach the “where were they radicalized” question without addressing how the Christian schooling and homeschooling movement, along with many white churches and other evangelical, LDS, and ‘trad’ Catholic institutions, fostered the subcultures that created the demand for hyper-partisan “news” outlets like Fox News.

Any serious answer to the question of radicalization will have to address Christian nationalism’s own longstanding (dis)information and political ecosystem, taking into account the feedback loops between it; overt white supremacist and right-wing extremist groups; elite right-wing lobbies like the Council for National Policy; digital technology; and the rise of talk radio and right-wing cable “news.”

From the very start, Christian schooling and homeschooling advocates have had powerful influence in the Trump administration, not least through the appointment of Betsy DeVos as Secretary of Education. And more recently, we’ve observed the overlap between promoters of evangelical education and the events of January 6, in the person of newly-elected Illinois Representative Mary Miller (R), a born-again Sunday school teacher who became infamous for proclaiming “Hitler was right” about the importance of indoctrinating children at the pro-Trump rally before the insurrection.

As children’s rights advocate Ryan Stollar pointed out on Twitter, Miller is, unsurprisingly, “a leader in the Christian Homeschool Movement.” For those wanting to know more details about what’s taught to Christian homeschoolers and in Christian schools, a new HuffPost report by Rebecca Klein lays it bare, noting that the textbooks she examined:

are characterized by a skewed version of history and a sense that the country is experiencing an urgent moral decline that can only be fixed by conservative Christian policies. Language used in the books overlaps with the rhetoric of Christian nationalism, often with overtones of nativism, militarism and racism as well.

For those who’ve been following events closely, that denunciation of policies promoting racial equality will likely recall the Trump administration’s twisted 1776 Report, which the White House released on Martin Luther King Day—Monday, January 18—as a clear racist dog whistle. The “report” emphasizes the American founders’ supposed insistence that faith in God is necessary for good citizenship and decries “globalists,” “multiculturalists,” and proponents of “identity politics” as enemies of the founders’ vision. (Of course, what the “report” represents as the founders’ vision for America is highly distorted, and those seeking a good rebuttal should read Andrew L. Seidel’s The Founding Myth: Why Christian Nationalism is Un-American.)

An excruciatingly propagandistic response to the critically acclaimed and intellectually responsible 1619 Project, which “aims to reframe the country’s history by placing the consequences of slavery and the contributions of black Americans at the very center of our national narrative,” the 1776 Report was put together by an advisory commission of right-wing ideologues with deep ties to Christian education, including Michael Farris, founder of the Homeschool Legal Defense Association and Patrick Henry College. On Twitter, Stollar, an ex-evangelical and a founder of Homeschoolers Anonymous, described the “report” as “basically a Christian Nationalist fantasy.”

Taken together, then, the 1776 Report and Klein’s deep dive into evangelical curricula, which explicitly links what they teach to the Christian nationalist prayers, symbols, and rhetoric on display in the January 6 insurrection, provide us with a neat illustration of the nexus between far-right extremism and evangelical subculture. And while Stollar is not the only ex-evangelical or commentator using social media to draw our attention to the obvious Christian nationalist nature of the White House’s latest piece of illiberal propaganda, there is a danger that this may go largely unremarked in our elite public sphere, which still tends to whitewash conservative Christianity.

I asked Dr. Julie Ingersoll, a religious studies professor and the author of Building God’s Kingdom: Inside the World of Christian Reconstruction, to weigh in both on what’s wrong with the 1776 Report, and on why the report, issued in the final days of the Trump administration, matters at all. In response to the first question, Ingersoll observed, “It’s hard to get past the very beginning, with its complete whitewashing of native Americans and then its unfathomable treatment of slavery,” adding, “The report is permeated by a theological version of American history that has dominated Christian School and Christian homeschool curriculum for half a century.”

According to Ingersoll, that connection is highly significant. As she notes, the report provides “a concise framing of the version of American history that gives us the Proud Boys.” And the ideology it represents isn’t a dead letter to America’s Christian nationalists. By now, we should all have seen the footage of members of that white supremacist group bowing in a typical evangelical prayer before engaging in insurrection on January 6, and we should be aware of how they raised money for the effort via the Christian crowdfunding site GiveSendGo. Conservative Christianity has long been the elephant in the room (pun intended) when it comes to discussion of politics in America’s elite public sphere. But if we fail to recognize conservative Christian institutions as sources of radicalization, we will never be able to craft effective policies to counter its toxic influence. Here’s hoping that the incoming Biden administration will be willing to face the problem.

Source: Where Were They Radicalized? No Answer is Complete Without Addressing Evangelical Churches and Schooling | Religion Dispatches